In 2007, President Vladimir Putin established the Russkiy Mir foundation. Designed to promote Russian culture abroad, the foundation prides itself on being open. But Re:Baltica found consistent lack of transparency in the foundation’s activities in the Baltic states of Latvia, Lithuania and Estonia. Russkiy Mir doesn’t disclose all organizations it funds and what amounts were granted to which organizations. Who got this funding and how was it used? Explore this first cross-border investigation in the Baltics to find out.

This interactive explainer shows the key findings of the investigation done by the three journalists in the Baltic States. You can read all stories in English or each story in the native language of the journalist (Latvian, Lithuanian, Estonian).

Who owns the biggest Russian media holding in the Baltic States?

The long arm of Moscow or just a business? The First Baltic Channel (PBK) is the most popular Russian television channel among the Baltic Russians. At the start of the year, the channel’s total audience in the Baltics exceeded four million viewers. Currently the goal of PBK’s parent company Baltic Media Alliance (BMA) is to become the leading media holding company in the Baltics, and it’s a very realizable goal. It’s not only because the PBK is re-telecasting popular Russia’s TV channels. It’s also because PBK is ready to serve the needs of leading politicians to fill its coffers.

Re:Baltica undertook an investigation, in Latvia and Estonia, find out who owns the influential media concern and what is the secret of the company’s success.

Who is the puppet and who is the master? 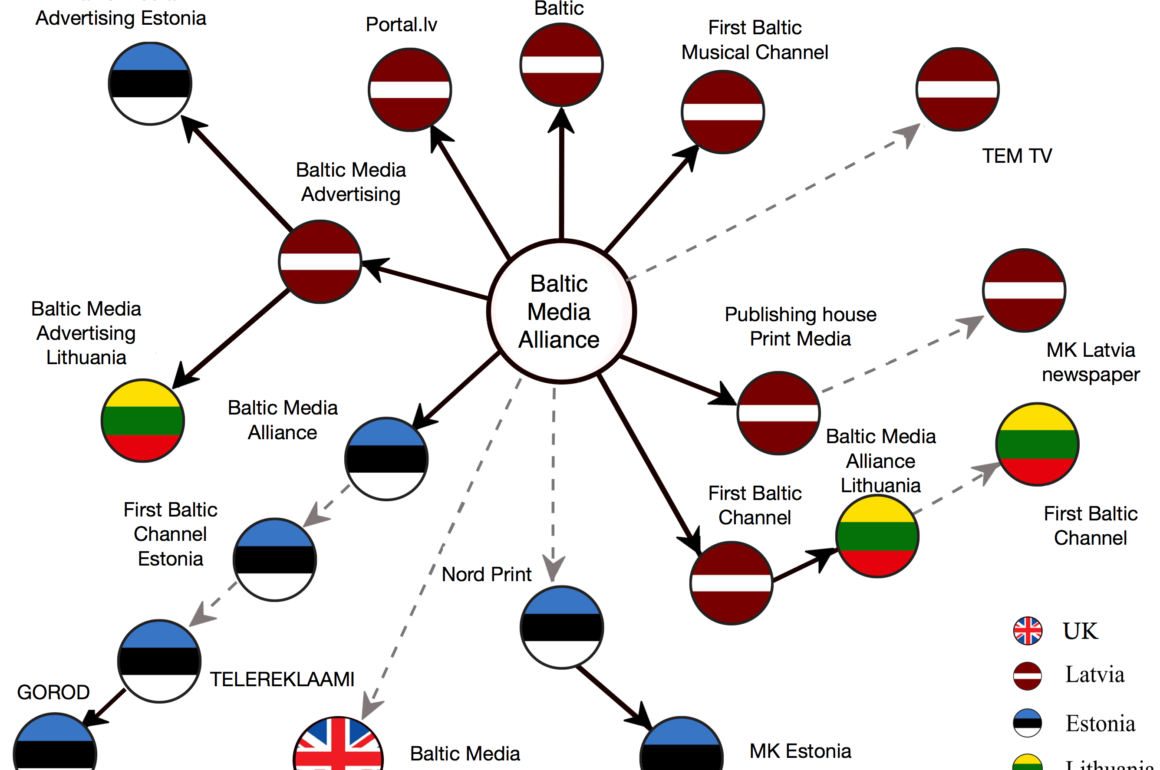 “I talk and negotiate with Riga, with Oleg Solodov and others. Even the money that we [the City of Tallinn] pay goes to Riga, not to Tallinn”, says Lev Vaino, referring to the 425,000 euro contract for the production and transmission of three different shows on Pervõi Baltiiski Kanal – “Our capital” (“Наша столица”), “Good morning Tallinn” (“Доброе утро, Таллинн!”) and “Russian question” (Русский вопрос”). The City of Tallinn is a trusted client of PBK and almost the same amount of money (425,382 euro) was paid again in 2012 for PBK to continue producing the same programmes. 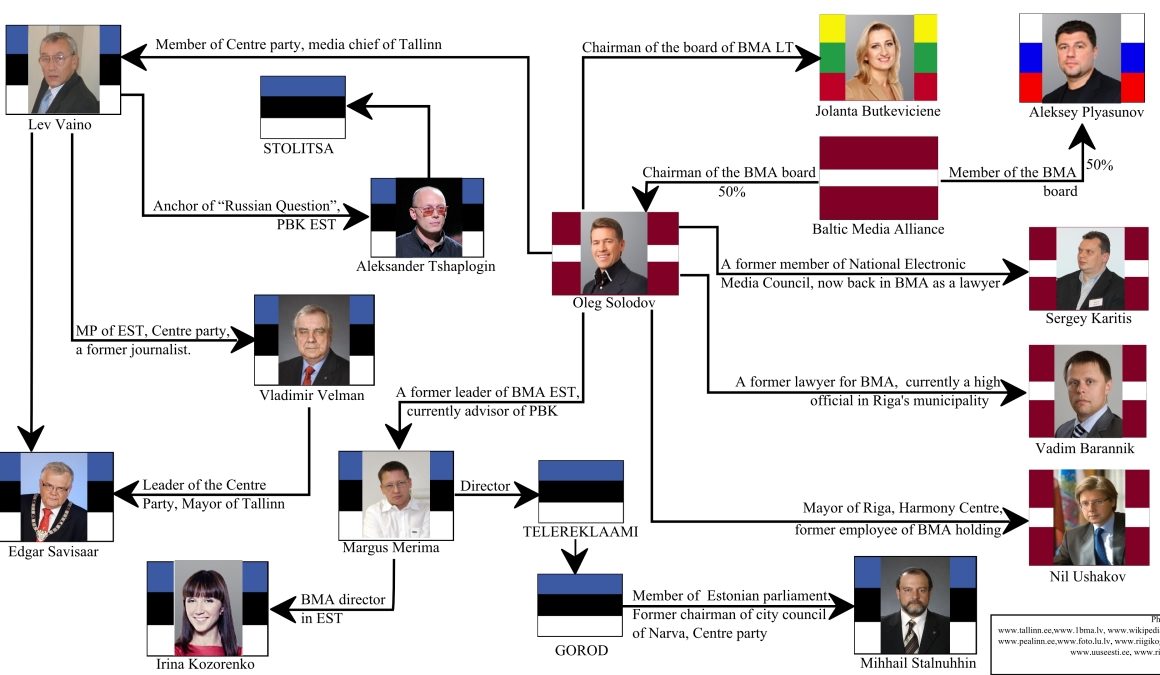 In the nineties he was being hounded by irate depositors and the Prosecutor’s Office and was even forced to leave Latvia, but he still returned and created a media empire, which has an audience of millions in the Baltics. The mayors of Riga and Tallinn can thank him for their positions – the head of First Baltic Channel, Oleg Solodov or even people in Moscow to whom Solodov owes a debt of gratitude to the latter for his exclusive access to the lucrative television business.