Why Lithuania wants to build it own LNG without listening neighbors? 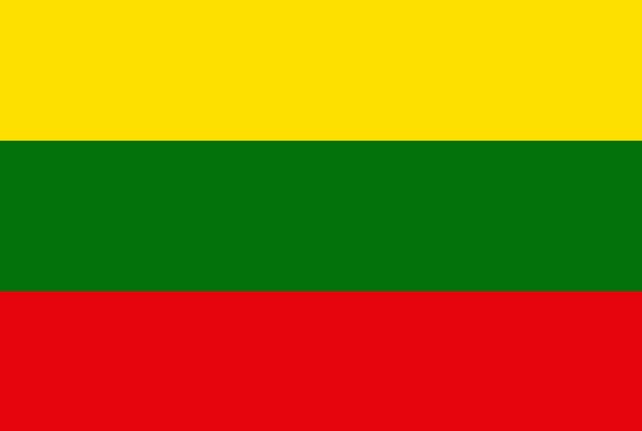 Unlike Latvia and Estonia, the Lithuanian politicians chose a “tough” form of discussion when communicating with Gazprom.

Looking at a map of the gas transmission pipeline across the Baltic States, one can see that the overland part of the pipeline is best developed in Latvia, as it features not only Incukalns storage facilities but also the highest penetration throughout the country. All gas industry engineers in Lithuania, when asked about which of the Baltic States’ ports it would be the wisest to build a regional LNG terminal at, unanimously indicated Riga.

Estonia needs to expand its currently working pipeline in order to pump gas from the Muuga port to a terminal yet to be designed, and further on to Incukalns.

In building a regional LNG terminal in Klaipeda, Lithuania, there will be the need to build a new gas pipeline between Klaipeda and Jurbarkas, as well as extend the northern branch from the port to Siauliai. The only advantage of Klaipeda in this competitive situation could be its favorable location — as one of the northern-most ice-free ports on the east coast of the Baltic Sea.

A logical question arises: why have the Lithuanian politicians made the decision to build an LNG terminal in Klaipeda, for “national necessity,” without listening to arguments from their Latvian colleagues and without waiting for the study ordered by the European Commission to be completed, which has promised to indicate the most well-founded place for an LNG terminal? The study will be completed this autumn.

Perhaps the most forward answer to this question in Lithuania was given by Romas Svedas, the vice-minister of the Ministry of Energy, who resigned in 2011. In an interview to the news agency BNS, he said, “Lithuania has already passed a law to separate the gas transmission pipeline; the Latvians have not done that, nor have the Estonians. We cannot even talk about a common terminal while there is no common legal environment. How will it work? It is impossible to talk about a commercial model for three countries while we do not have a common environment.” Mr. Svedas had in mind different tactics in the implementation of the European Union Third Energy Package into the legal systems of the three Baltic States, and for the management of a future gas transmission pipeline.

Last year Lithuania decided to implement the strictest version of the Third Package –  separation of ownership of gas transportation from distribution. This was directed at the gas sector monopoly SC Lietuvos dujos’ (E. On. Ruhrgas owns 38.9% of shares, Gazprom 37.1%, Lithuania’s government 17.7%, minority shareholders 6.3%) gas transmission pipeline and gas distribution business. Lithuanian Prime Minister Andrius Kubilius said, “An LNG terminal project will have meaning only then, if the work of the gas transmission pipeline does not fully depend on gas providers.” This is the principled position held by the Lithuanian government.

In the beginning of August 2010, while speaking with the prime minister of Latvia, Valdis Dombrovskis, I asked: “The governments of Lithuania and Estonia, based on the Third Energy Package, announced their intention to separate the gas transmission pipeline network from the assets of the national gas associations, whose shares belong to Russia’s Gazprom. What are the plans of the government of Latvia? ”

Mr. Dombrovskis answered, “Our Ministry of Agriculture is preparing proposals on this complex issue. We will meet the EU requirements, but we also understand that there will be tough negotiations with the owners of Latvijas Gaze, which is a privatized company.” I made my question more precise: “Which one of the three versions-models of the Third Energy Package implementation could Latvia choose? ” The answer was the same, “As I said, our Department of Agriculture is preparing proposals, but the government will decide which one will be acknowledged as the best for the country.”

I asked the same question to Mr. Dombrovskis for a third time during the press conference held after his meeting with the prime minister of Lithuania, Andrius Kubilius, in Visaginas at the end of last year. “We are getting ready to start the implementation of the Third Energy Package requirements in Latvia’s natural gas sector; soon there will be a public announcement about its expected architecture,” responded Mr. Dombrovskis.

It was only this year that the government of Latvia officially announced that by year 2017 will it be clear how the whole of Latvia’s gas sector will look, and how the natural gas transfer business will be managed. Until 2011, only Juris Savickis, Itera Latvija director manager, had announced intentions to build an LNG regional terminal in the port of Riga. In Lithuania these announcements were met with suspicion because of Mr. Savickis’ relations with Russia’s gas sector.

Decision time at the beginning of 2011

Unlike Latvia and Estonia, the decision by Lithuanian politicians to choose a “tough” form of discussion when communicating with “Gazprom” ripened much earlier. Until 2008 the current Prime Minister Kubilius, at that time the leader of the front-fraction, led one of the most important committees in Seimas – the European Affairs Committee. Considering the tactics of the Third Energy Package implementation, Lithuania refused to ask the EC for the rights of exception, as the politicians of Latvia and Estonia did. Seimas agreed to such a position from the European Affairs Committee. It was clear then that in reorganizing their own gas sector, the Baltic States would go separate and winding ways. And a map of the path would be neither coordinated, nor approved, in Vilnius, Riga or in Tallinn.

In associating with Lithuanian politicians who make decisions on the future of the national energy sector, I got the impression that by the end of 2010 a version of a regional LNG terminal, in Latvia, for them is completely negotiable. The change of viewpoint, we can say, was also provoked by Russia, when the Vice-president of Gazprom, Valery Golubev, in the beginning of 2011 in the Russian media announced that the holding company will sell gas to Latvia and Estonia 15% cheaper than to Lithuania. He allegedly said that the reason for such a decision was the “inadequate Vilnius behavior while restructuring the gas sector, and trying to separate the gas transfer pipelines from SC Lietuvos dujos (reported Moskovskije Novosti – a newspaper close to Russia’s gas sector).”

The officials of the Lithuanian government unofficially confirmed that they understood such statements as a declaration of war. Therefore, without waiting for Latvia’s or Estonia’s self-determination on restructuring the gas sector, three most important decisions were made: to report Gazprom to the Directorate-General for Competition of the EU on account of applying discriminating gas prices; to build an LNG terminal in Klaipeda for “national necessity,” and to turn, with a claim, to the Stockholm Court of Arbitration. This last point still has not been implemented.

However, something has changed since then. Even though Lithuania’s officials still confirm that the terminal in Klaipeda is a counterweight to Gazprom in Lithuania’s gas sector, it is obvious that there is a clear political decision: to build a commercially successful facility. Rokas Masiulis, the general manager of Klaipedos nafta, says that economic indicators will be discussed only then, if this facility will exceed a minimum of 1 billion cubic meters of gas per year.

“Although we do not declare it openly, for a lot of specialists it is clear that our choice of a 3.5 billion m3  load capacity was chosen after evaluating other, Latvia’s and Estonia’s, market potential as well,” said an official who did not want his name mentioned. “Even Brussels understands that the terminal at Klaipeda is an irreversible process and its presence must be evaluated inevitably, while investigating energy possibilities and the placing of a regional LNG terminal on the east coast of the Baltic Sea,” he said.

The problem is that the terminal does not solve all gas transfer issues. During different seasons the amount of gas that is transferred to Lithuania varies by four to five times. The managers of SC Lietuvos dujos said that during the warm season there will be an inevitable need to search for gas storage that is transferred through the terminal. Probably this would be Incukalns. Even though the implementation of Syderiai underground gas storage facility in Lithuania is moving slowly, this process will be neither short, nor will it end in 2020.

Without storage, and with large fluctuations in demand in Lithuania, every provider (not only Gazprom) will add an approximately 10% storage fee to the price of gas.

“Paying more than other neighboring countries for gas to Gazprom, and investing its own assets in the Klaipeda terminal, Lithuania has the right not only to a leadership [position] in this sphere, but also to a partial invasion into the neighboring markets in the future,” said a lower-rank official who spoke under the condition of anonymity.