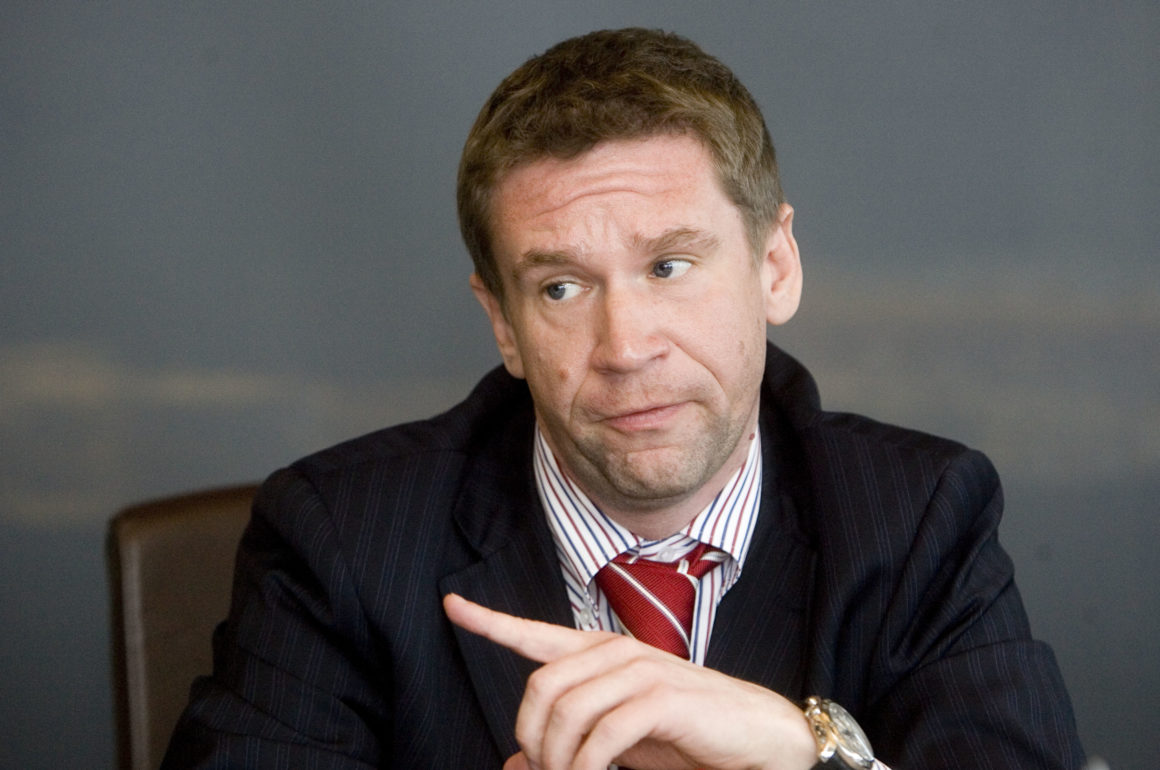 The Latvian parliamentary committee’s findings on failures of regulating Krajbanka follow an earlier series of stories by the investigative journalism centre Re:Baltica on Antonov and the breakdown of regulation that preceded the collapse of Krajbanka and Snoras.

The report of the Latvian Saeima’s Parliamentary Investigative Commission into the collapse of “Krajbanka” has confirmed important earlier discoveries of Re:Baltica. The Commission found that Latvia’s banking supervisor, the Financial and Capital Market Commission (FCMC), was overly “tolerant” or “indulgent” toward “Krajbanka”. It also found that the FCMC did not act effectively enough to prevent the bank’s previous owner, Vladimir Antonov, from gaining a controlling stake in the bank and from becoming a director of the bank. The Investigative Commission also determined that the FCMC should have evaluated the suitability and reputation of Antonov already in 2005, when he indirectly gained a controlling stake in “Krajbanka”. Until now, the FCMC has always excused itself by saying it relied on the positive evaluation of Antonov provided by its Lithuanian colleagues.

The Investigative Commission also confirmed Re:Baltica’s earlier discovery that on November 11, 2011 the Lithuanian central bank, the Bank of Lithuania, had asked the state prosecutor to start an investigation into “Snoras Bank” because the central bank had determined during the summer of 2011 that 240 million euros supposedly held by “Snoras Bank” in two Swiss bank accounts were in fact missing. The FCMC in Latvia learned about these missing funds only five days later in November 2011, when it received an official notice from the Bank of Lithuania about the reorganization of “Snoras Bank” and the appointment of a temporary administrator.

Re:Baltica has already written that the authorities in Lithuania did not promptly inform their Latvian colleagues because of a lack of trust and fears that the information would leak to the public.

The Investigative Commission’s report is also the first official document in which the Latvian government admits that Vladimir Antonov’s entry into the Latvian financial sector in September 2005 should have been examined more carefully. In September 2005 Antonov bought a controlling stake in “Krajbanka” through his Lithuanian-based “Snoras Bank”. The Investigative Commission found that the FCMC was unjustified in relying on the evaluation of Antonov done by the Lithuanian banking supervisor, and that the fact that the Lithuanians had already evaluated Antonov was not a good reason for the FCMC not to perform its own evaluation.

The deputies of the Commission also found that the FCMC also later failed in effectively performing its obligations in not monitoring and controlling Antonov’s real influence in the bank.

Re:Baltica has also earlier described how Antonov used various schemes to get around restrictions on the owners of banks and how he used “Snoras” and “Krajbanka” to finance his businesses. Two of his more significant businesses in Latvia were “AirBaltic” and the “Riga Railcar Factory”. “AirBaltic” had financial difficulties in the summer and autumn of 2001, but the FCMC did not show any interest in the matter.  Later Antonovs himself disclosed to the media that one of “AirBaltic’s” indirect shareholders, Andrejs Rudesko, is one of his best friends and a representative in his banking business.

The Saeima Investigative Commission acknowledged also that already at the end of 2009 and in the beginning of 2010 the FCMC had determined that Krajbanka’s capital was inadequate and had restricted the bank’s operations: it prohibited the bank from extending credit to non-residents and from extending either new loans or guarantees to residents in excess of one hundred thousand lati without the approval of the FCMC. On May 30, 2010 the FCMC, “Krajbanka” and the Lithuanian-based “Snoras” parent bank made an administrative agreement providing that, if necessary, Snoras bank would guarantee Krajbanka’s capital adequacy according to regulatory requirements. “Snoras Bank” guaranteed five loans made by “Krajbanka” in the amount of approximately 40 million lati. The Saeima Investigative Commission found this administrative agreement to be ineffective and short-sighted, found that it did not achieve its goal and that therefore not requiring the addition of actual capital into “Krajbanka” was a mistake of the FCMC.

The Investigative Commission expressed concern that in matters relating to the issue of capital adequacy at “Krajbanka”, the FCMC was for a long period overly indulgent. At the same time it recognized that more radical steps by the FCMC to enforce regulations might have brought “Krajbanka” into official insolvency, and that the consequences of Krajbanka’s insolvency for the country’s financial system would have been unpredictable.

The Investigative Commission also determined that sixteen municipalities and state and municipal corporations did not observe the laws concerning public purchases, which would have provided for choosing a bank from competing applicants.

Upon ascertaining these offences the Investigative Commission sent a complaint to the General Prosecutor and to the Corruption Prevention and Combating Bureau (KNAB in Latvian) asking for an examination into possible abuses of the law concerning actions by government officials. KNAB has started its investigation.

In order to strengthen the supervision of correspondent accounts at financial institutions, on March 15, 2012 the FCMC confirmed changes to its operating handbook on managing banking risks, which provides for more thorough disclosure from banks of their assets as well as separate confirmations from correspondent banks of what they hold for Latvian-regulated banks.

The Investigative Committee considered the necessity of increasing the responsibility of directors of financial institutions for transactions, for example, by requiring that all directors give written confirmation of all transaction over a certain amount and by providing for criminal liability for non-compliance with such regulations.

Read more about Antonov’s empire – The Fall of Vladimir Antonov