Is the case against ‘Neo’ a warning to Latvia’s whistleblowers? 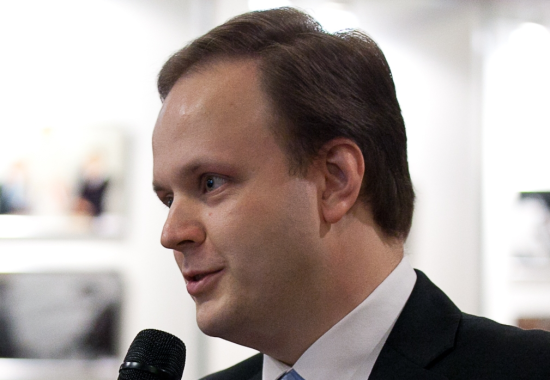 Attempts to take an acclaimed Latvian whistleblower to court more than three years after he released embarrassing tax details of the country’s elite are raising serious questions about due legal process in the Baltic state.

In 2010 a whistleblower known only as ‘Neo’ – a pseudonym taken from the Matrix series of movies – obtained 7.5 million classified files from Latvia’s tax authority, the State Revenue Service (SRS) after discovering a relatively simple flaw in its electronic security system.

He then released selected data into the public domain to show that many senior state employees were continuing to pocket huge wages and dubious bonus payments at a time when their own departments and ministries were laying off hundreds of lower-paid workers and slashing wages as part of a brutal austerity drive.

Months later, Neo’s identity was revealed to be Ilmars Poikans, a researcher and computing expert at the University of Latvia. Public reaction to his disclosures was overwhelmingly positive with Poikans named “European of the Year” in one public vote.

However, despite the fact that his disclosures were clearly in the public interest, attempts to punish Poikans for embarrassing the elite continue. He is due to appear in court in April 2014 on charges of obtaining and publising private data and could face a possible jail term if convicted.

And in a worrying twist to a case concerned with what constitutes appropriate secrecy, the name of the financial institution that is actually bringing the case against Poikans has been censored in official court documents, raising the possibility that a high profile whistleblower could be tried with severe reporting restrictions in place in what amounts to a closed court thanks to an anonymous plaintiff – a situation reminiscent more of Latvia’s time as a Soviet republic than a progressive member of the European Union.

However, analysis of official documents seen by Re:Baltica does offer clues to the identity of the ‘credit institution’ pursuing the case against Poikans.

On documents confirming the decision to prosecute Poikans, the plaintiff’s name has been redacted but clearly consists of two parts, the second of which is appears to be consistent with the letters ‘AS’ (short for ‘Akciju Sabiedriba’ or ‘Joint Stock Company’).

According to data from financial regulator FKTK, only five Latvian banks have ‘AS’ as an official  suffix to their names: ABLV, Baltikums, Swedbank, M2M Europe and Rigensis Bank.

M2M Europe only began operating in July this year so could not be the mystery bank. Of the remaining four, Baltikums, Swedbank and Rigensis Banks all confirmed to Re:Baltica that they have no connection with the criminal case against Poikans.

That leaves just ABLV, whose spokesman Ilmars Jargans told Re:Baltica that the bank “cannot make any comment about this case.”

Founded in 1993 when it was known as Aizkraukles Bank, ABLV Bank is currently the largest privately-owned bank in Latvia with offices in many countries of the Commonwealth of Independent States (CIS) including Russia, Ukraine, Kazakhstan, Belarus, Tajikistan, Uzbekistan and Azerbaijan.

Aiga Senberga, press secretary of the State Prosecutor, told Re:Baltica the name of the credit institution acting as plaintiff had been redacted from documents in accordance with the law’s duty to protect personal privacy and commercial confidentiality. Despite several Re:Baltica requests for clarification on how disclosure of a bank’s name could constitute a trade secret, no further explanation was provided.

“I find it strange and of questionable motivation that a bank can claim to be a victim of ‘Neo’ even though none of the published material has done them any injury, yet now they are worried about their identity getting into the public domain,” Poikans told Re:Baltica.

In August 2013 preparations for the criminal case against Poikans were completed, along with an admission that he had not done any harm to the tax authority’s IT system, from which he took the data.

Poikans himself had redacted sensitive data from the disclosures he released into the public domain, but did publish specific details of payments made to individuals and some clients of state institutions.

As a result, he is accused of illegally acquiring and disclosing the data of individuals and commercial entities. The possible penalties for such offenses include forced labor, a fine or imprisonment of up to two years.

Until the ‘injured’ credit institution made its belated appearance, Poikans was accused only of illegally obtaining individuals’ data and damaging the tax authority’s database. Given that the prosecutor’s office had already admitted that Poikans had not harmed the database, proving that Neo had maliciously harmed specific individuals might have proved difficult.

“In this context the appearance of an injured credit institution might have been predicted,” says Martin Birks, an attorney who has made a thorough investigation of the Neo case. “The only issue is why it suddenly felt itself to be a victim more than a year after the start of the criminal proceedings.”

As Birks points out, logic would seem to dictate that a bank feeling itself to have been a victim would be more interested in pursuing a case against the SRS for “negligently making it possible for the data to be publicly available.”

Whether any actions have been launched against the SRS is not known. Poikans himself claims that in April 2010 one particular bank (which he refuses to name) asked the SRS if documents the bank had submitted to the SRS were now in the possession of a third party. The SRS answered in the affirmative. A few months later the bank approached the State Police and asked if this data was still in the possession of third parties. The police responded by saying all data was now in its own possession, “thus completely eliminating any future illegal action and violations of individual human rights,” according to Poikans.

A year later in June 2011, the State Police sent a letter to the bank in question asking if it wanted to participate in criminal proceedings against Poikans as the injured party. The bank said that it did want to do so – provided that it was not named.

Whistleblower Poikans says legal documents he has seen show that police actively sought to recruit banks to the case, “even re-sending their requests until a bank would agree to become a ‘victim’.”

“I assume that the bank has a formal motivation to pursue the Neo case, but what is true? What informal relationships exist between banks, politics, police and the special services? We’ll see how things progress when the Neo ‘exorcism’ makes its way through the courts – if all of the different parts of the system will work in concert,” Poikans tells Re:Baltica.

It is worth remembering that in 2010 State Police raided the home of investigative reporter Ilze Nagla, the journalist who had been helping Poikans get his revelations to the public while protecting his identity. Police took away a number of electronic storage devices. The raid was condemned by international journalists’ groups such as Reporters Without Borders as a threat to free media.

Nagla complained to the Riga Central District Court but had her case rejected, forcing her to take it to the European Court of Human Rights (ECHR) which ruled that the Latvian state had violated the European Human Rights Convention with regard to freedom of expression and ordered that she be paid compensation of 20,000 euros.

Neo case – a warning to others

The case being brought against Poikans could dissuade other potential whistleblowers from coming forward with information in the public interest. Aldis Alliks, one of the lawyers defending Poikans believes this is the real reason behind the case, the actual objective being to make “an example”  and give a clear message to the public – that revealing the failure within Latvia’s system of state power is not acceptable.

“Latvia has a big problem as the understanding of whistleblowers and the protection given to them is close to zero,” says Inese Voika of Delna, the Latvian branch of open society monitor Transparency International. “Whistleblowers run the risk of losing their jobs or being transferred elsewhere,” she says, describing an absurd situation in which managers would rather take action against people raising problematic questions than tackling the root problems themselves.

“If people know all they will get is the sack or will be told they are stupid, it’s no wonder that many facts only emerge when it is far too late,” says Voika.

By international standards, Poikans is a classic ‘white hat’ whistleblower. The information he leaked was of undoubted public importance and he did not use the information he garnered for personal profit in any way. But that may not prove enough to protect him from being made an example of – in secret.