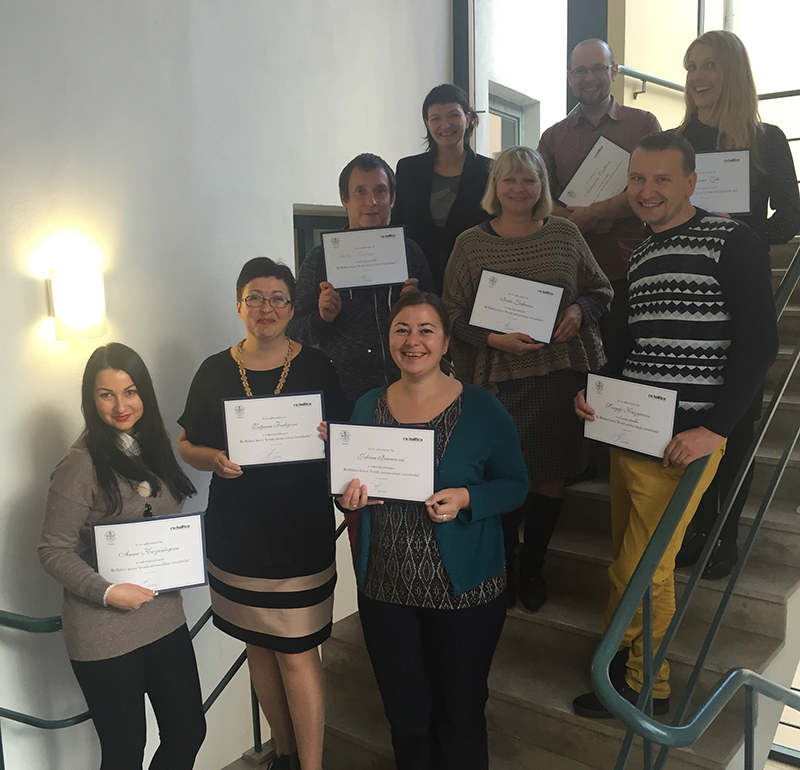 13 journalists from Latgale regional media graduated from the second course of basics in investigative journalism run by Baltic investigative centre “Re:Baltica” on Friday.

In paralel, under the editorial supervision of Evita Puriņa journalists had to work on their stories about unemployment or education in Latgale.

At the end, the best of them presented the work to the conference of national media editors in Riga. Leaders of the Latvian Journalists Association and Baltic Media Centre of Excellence presented them the possibilities to get involved and benefits from membership.

“Our aim was to give the basic training to journalists who in the region most often are without the special education and help them to get involved in the national level media organisations,” said Sanita Jemberga, executive director and editor of Re:Baltica. “When upon the invitation of Nordic Council and SSE Riga we first arrived to teach in Daugavpils last year, we were met with suspicions as after annexation of Crimea Latgale was becoming trendy to talk about, but no one had teached there since 90ties. When Culture Capital Foundation announced the open tender to continue, we applied as relationships and quality cannot be built in a day and then region forgotten.”

The course was financed by Culture Capital Foundation and supported by SSE Riga Media Centre.