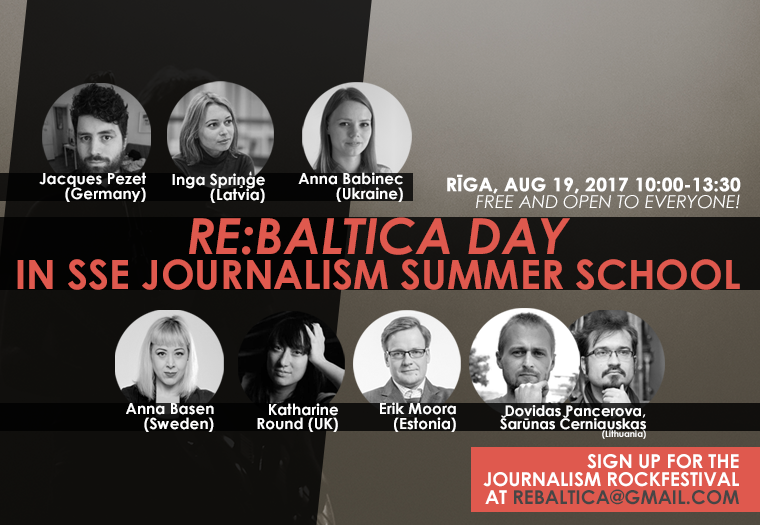 For the third year in a row Re:Baltica, together with The Centre for Media Studies at SSE Riga, organizes a journalism festival where seven excellent journalists from the Baltics, Ukraine, Germany, Sweden and the United Kingdom will share their stories.

As investigative journalism is moving more into video-for-web format, this year the festival will be opened and closed by two documentary makers – Anna Babinec will open with a story on how murder of journalist Pavel Sheremet is investigated in Ukraine, and the festival will end with Katherine Round, who did amazing work on social equality translating into a touching movie.

The festival will also feature stories on politics and fake news, as well as going undercover in various medical organizations. We will soon announce a secret guest – follow the news on the festival’s Facebook page.

Admission is free of charge and anyone can join, providing that they sign up at rebaltica(at)gmail.com. See you on August 19, from 10:00 to 13:30 at Stockholm School of Economics in Riga, Strēlnieku street 4a! 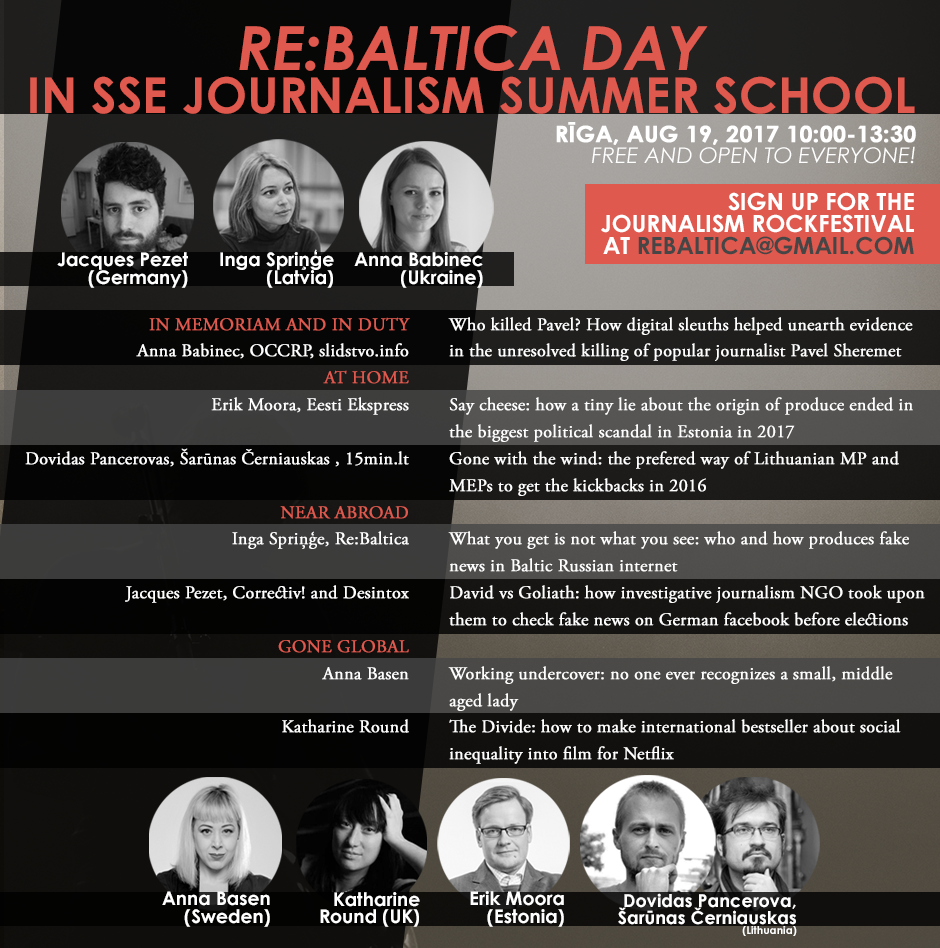