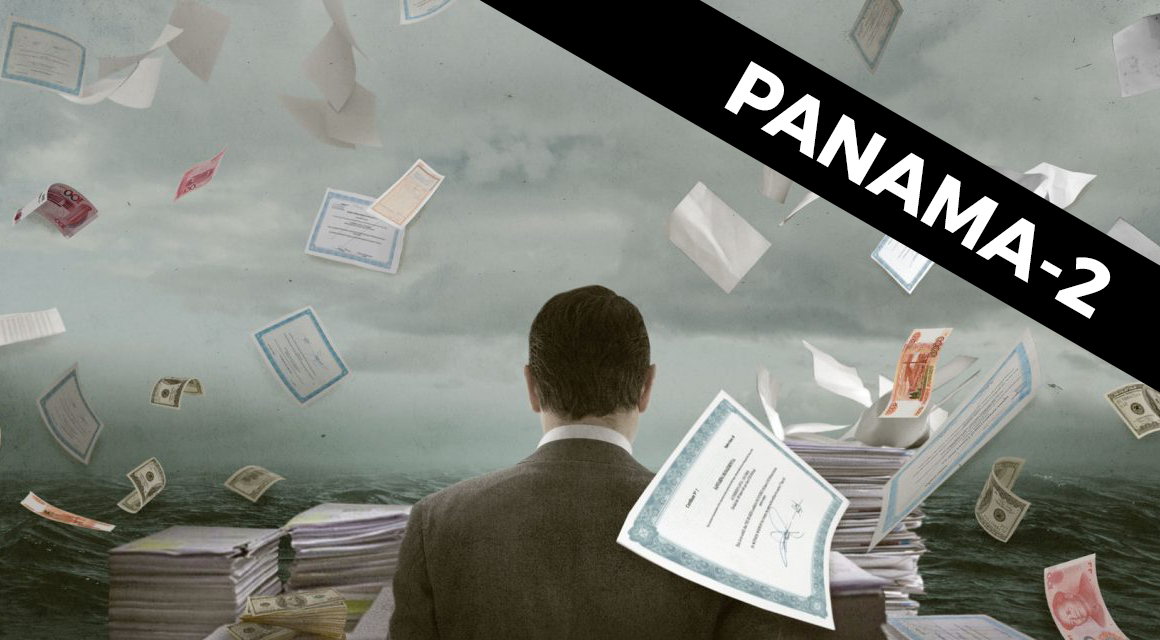 The new data leak from tax haven Panama  for the first time reveals approximate value of  assets owned by Liga Lemberga, the daughter of a Latvian oligarch Aivars Lembergs.

In March 2017, the scandal-hit Mossack Fonseca, a Panamanian law firm that for decades had helped global celebrities, oligarchs, criminals and simply wealthy individuals to hide away their assets, sent a letter to a company in the United Kingdom saying it was ditching one of its clients.

The reason was a frantic cleaning operation of the firm’s client list (read more about it in the latest investigation by the International Consortium of Investigative Journalists (ICIJ)).

Two months after the first Panama Papers leak in 2016, which revealed the hidden assets of Vladimir Putin’s inner circle, the then-prime minister of Iceland, famous football players and many others, Mossack Fonseca still couldn’t identify the owners of more than 70 percent of 39,000 active companies it had registered in the offshore havens of the British Virgin Islands (BVI) and Panama.

One such company was Hoshen Limited, set up in the BVI. Mossack Fonseca had identified it as a high-risk client; the information the firm had on it did not comply with the requirements of the local laws. So, the law firm was ready to give it up as a client. In response, Hoshen Limited delivered a package which contained copy of its beneficial owner’s passport and a document signed by the owner regarding the origin of funds and the company’s place in a complex network of offshore companies.

The signatory was Liga Lemberga, the daughter of Aivars Lembergs, an influential Latvian political figure who has been the mayor of a seaside town Ventspils. Ventspils used to be the main hub for Russian oil transit to Europe since 1988, but greed of the local officials and geopolitical considerations by Russia dried it up in early 2000s. For more than 10 years Lembergs is also indicted of corruption and financial crimes in a criminal case against him, but the trial is still dragging on painfully slow. 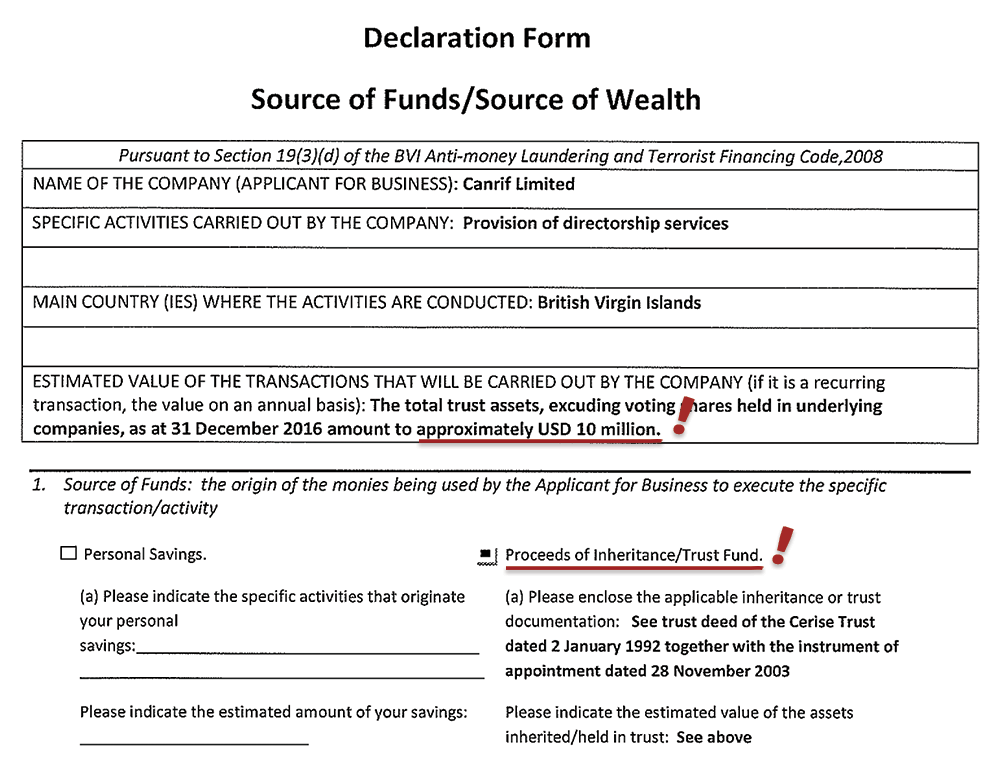 In the documents sent to Mossack Fonseca, Liga Lemberga said the money originated from a trust which holds more than $10 million in assets. She is a least one of the beneficial owners of this trust, the documents showed.

This is the first time information about at least partial value of assets controlled by Lemberg’s daughter has surfaced in Latvia. Re:Baltica as a member of ICIJ was able to access these documents. If the first Panama Papers leak exposed the firm’s inner dealings up to 2015, the documents from the second leak are dated from early 2016 through the end of 2017. In the first Panama Papers leak, Lembergs’s daughter was listed only as a director in previously known offshore companies.

Liga Lemberga avoids public attention. Unlike her brother Anrijs, who has been sitting on the same courtroom bench together with his father accused of corruption and financial crimes (both deny charges), Liga Lemberga is only a witness in this lawsuit. The law allows not to testify in court against one’s relatives. 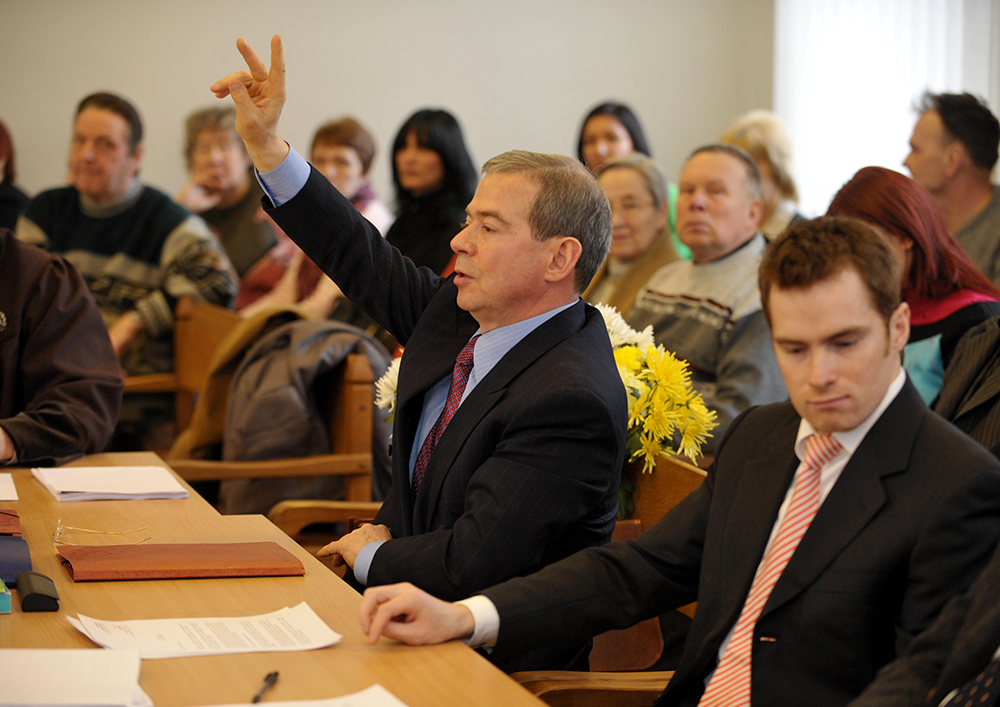 The Cerise Trust Savings, established in 1992 and in which, according to the documents signed by Liga Lemberga, assets worth at least $10 million are held, is mentioned only in passing in the Lembergs’s criminal case.

A Swiss attorney Rudolf Meroni, who was hired in 1990’s to build an offshore network for clique of Ventspils rulers and who later became the oligarch’s nemesis, has testified that the Cerise Trust was a trust of the Lembergs family. Meroni claims Cerise Trust was managing a number of other companies, the court filings show. In London in another lawsuit, in which subsidiaries of Latvian Shipping Company unsuccessfully sought to recover $135 million for international fraud, both adult children of Lembergs were listed as the beneficiaries of Cerise Trust.

The documents obtained now show that Liga Lemberga became the beneficiary of the Cerise Trust in 2003. It is not clear from the documents who are the real owners of Bachmann Trust Company, which established Cerise Trust. Olafs Berkis, another ally-turned-foe of Lembergs, testified in the Ventspils mayor’s criminal case that based on orders by Aivars Lembergs Berkis had appointed Bachmann Trust Company as a shareholder in other businesses secretly held by the mayor. 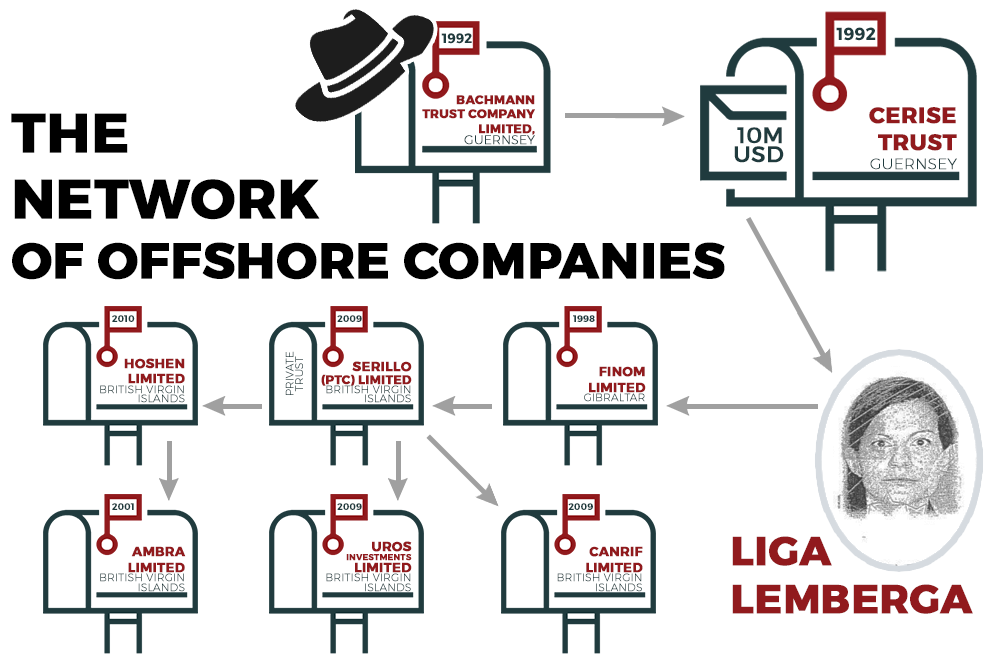 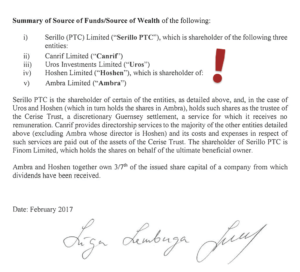 Click on the photo to see it full size! Source: Document sent to MF

It is not known to Re:Baltica why Liga Lemberga needs her own offshore network, nor how the trust, of which she is the beneficiary, got assets worth more than $10 million. Nor she, nor her father responded to the questions ahead of the publication of this article.

Aivars Lembergs contacted Re:Baltica after the publication, saying in an email that his kids were 42 and 43 years old and led independent lives for a quarter of century. However, he did not respond to Re:Baltica’s questions about the establishment of the trust in 1992 and whether trust’s assets were linked with his activities while being a state official.

Meanwhile, Mossack Fonseca changed its mind and decided to continue cooperation with Hoshen Limited after it received additional information about its beneficiary and her wealth in May 2017.

END_OF_DOCUMENT_TOKEN_TO_BE_REPLACED

Access to Panama Papers thanks to International Consortium of Investigative Journalists (ICIJ) of which Re:Baltica is a member. Data obtained and shared with ICIJ courtesy of Suddeutsche Zeitung