Re:Baltica wins the the Greste Baltic Freedom of Speech Award 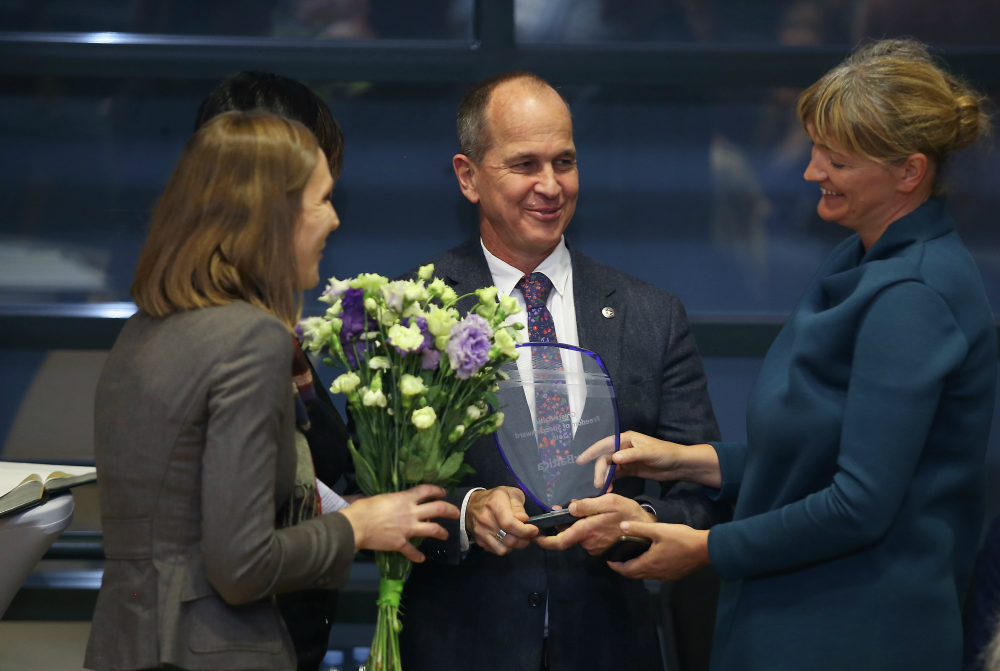 2018 Greste Baltic Freedom of Speech Award has been granted to us – the Baltic Center For Investigative Journalism Re:Baltica.

This prize is annually awarded for courageous and innovative advances in journalism, which extend and protect freedom of expression. Re:Baltica won this year because in the jury’s opinion, the investigative center has become the strongest source of in-depth journalism in the Baltics.

The award that is named after the Latvian-Australian journalist Peter Greste, who was jailed in Egypt on trumped-up charges of supporting a terrorist organization, was presented on 6th of November, 2018. “We cannot have strong democracies without strong journalism. We cannot live in free societies without a free press and freedom of speech” said Greste.

Re:Baltica’s executive director and editor Sanita Jemberga said that in Latvia journalists don’t get locked up or killed, but the politicians regularly diminish the importance of media’s work, with baseless claims about criminal slander and demonstrative refusal by state and local government institutions to give information. Re:Baltica is fighting that in courts for the benefit of Latvian journalism community. “That’s where we are going to spend the award’s money, because it is important for us to live in a free, intelligent and educated society.”

Jemberga also said Latvian president did the right thing by demanding that the newly elected political parties in Latvian parliament respect the press freedom and editorial independence,
She encouraged the new parliament take a step forward and remove the slander from Criminal Code, so disputes would only be solved by civil litigation as good international practice and organisations like OSCE are demanding. “Otherwise, we have to spend time that could be spent on journalism to fight baseless charges from political opportunists, which tax payers, not the claimants fund”.

Greste paid tribute to all the nominees and winners of the award. “They are brave people. When journalists are doing their jobs, they become pebbles in the shoes of our political leaders. They are irritants and provocateurs, holding the powerful to account, and so they often attract the anger of the powerful. It means pressure and intimidation. Standing up to that, continuing to work in the face of such pressure takes courage and commitment.”

Nominees were selected by representatives of journalist and human rights organisations from the Baltic States, together with the organisation ARTICLE 19. The prize was awarded to one winner from each of the three Baltic states. The winner of the Estonian prize was journalist Kadri Ibrus, who produced powerful material on difficult and unpopular issues on the Estonian healthcare system. Award for Lithuania went to the Lithuanian journalistic community as a whole. 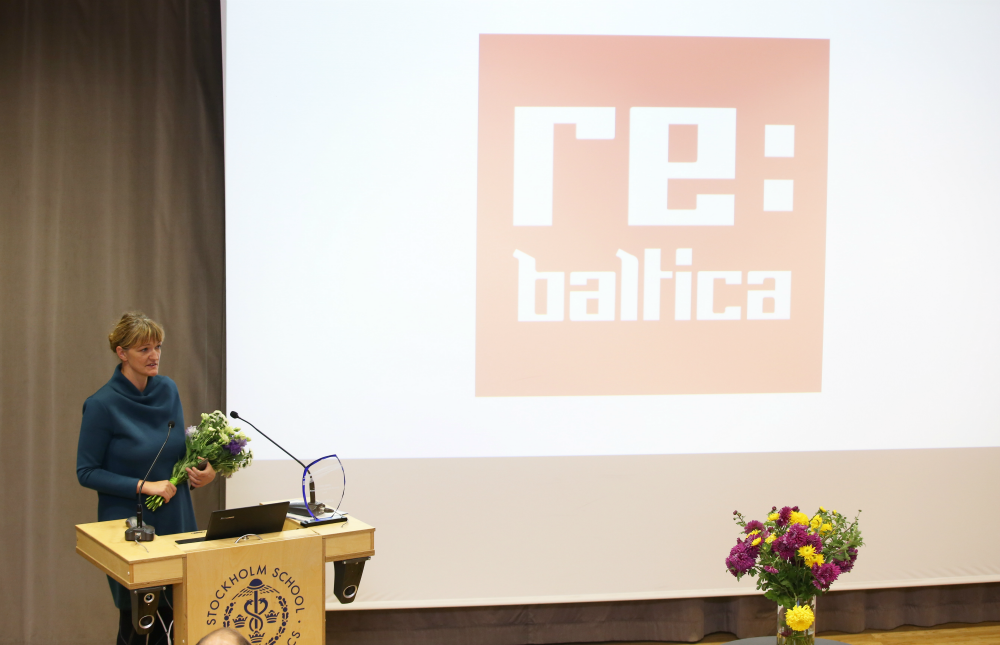 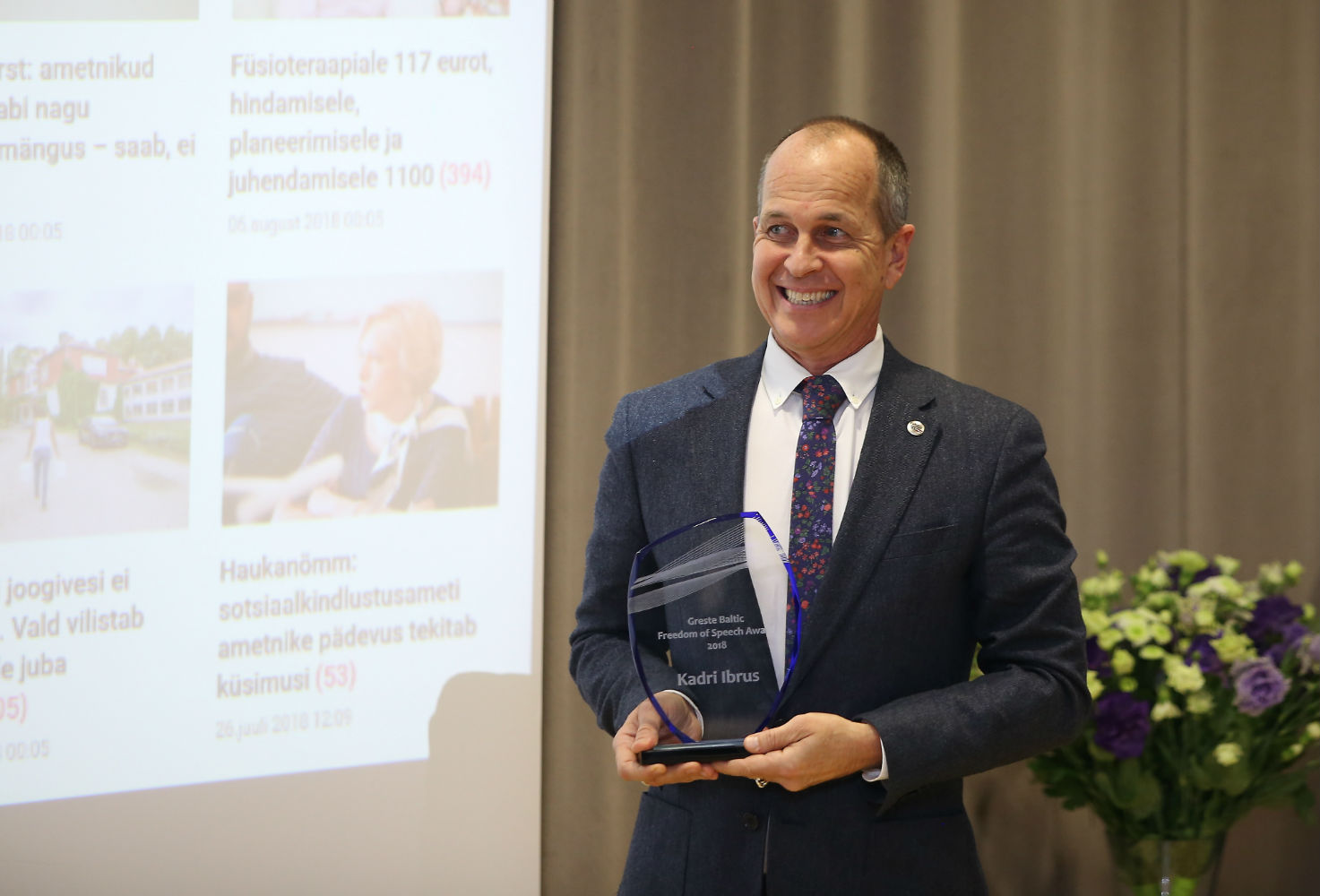 Latvian-Australian journalist Peter Greste, who was jailed in Egypt on trumped-up charges of supporting a terrorist organization with the award that has been named after him. PHOTO: LETA, Evija Trifanova 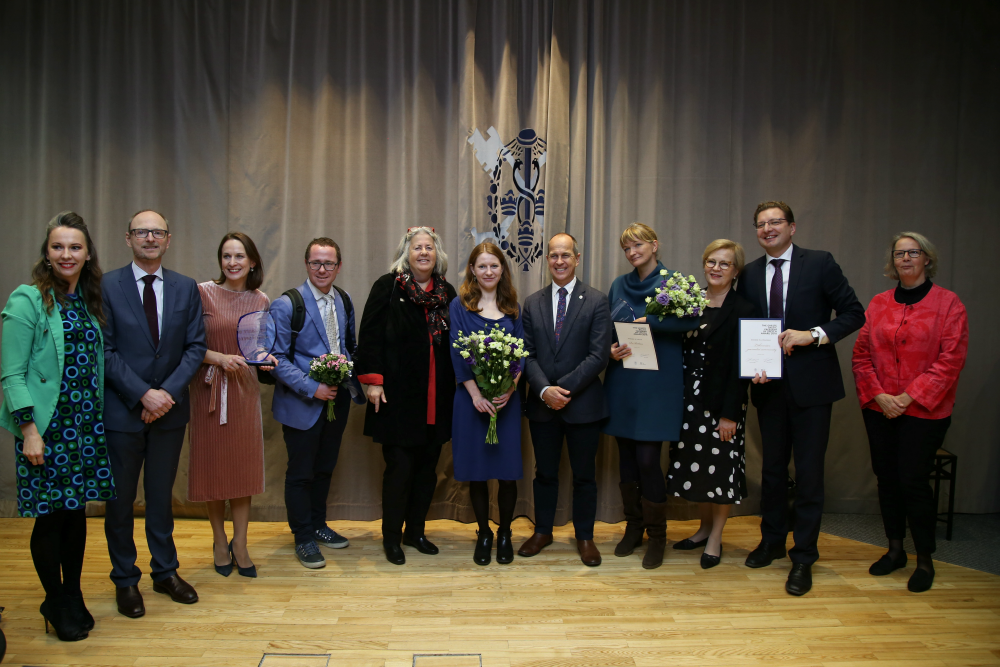