Why did we write this 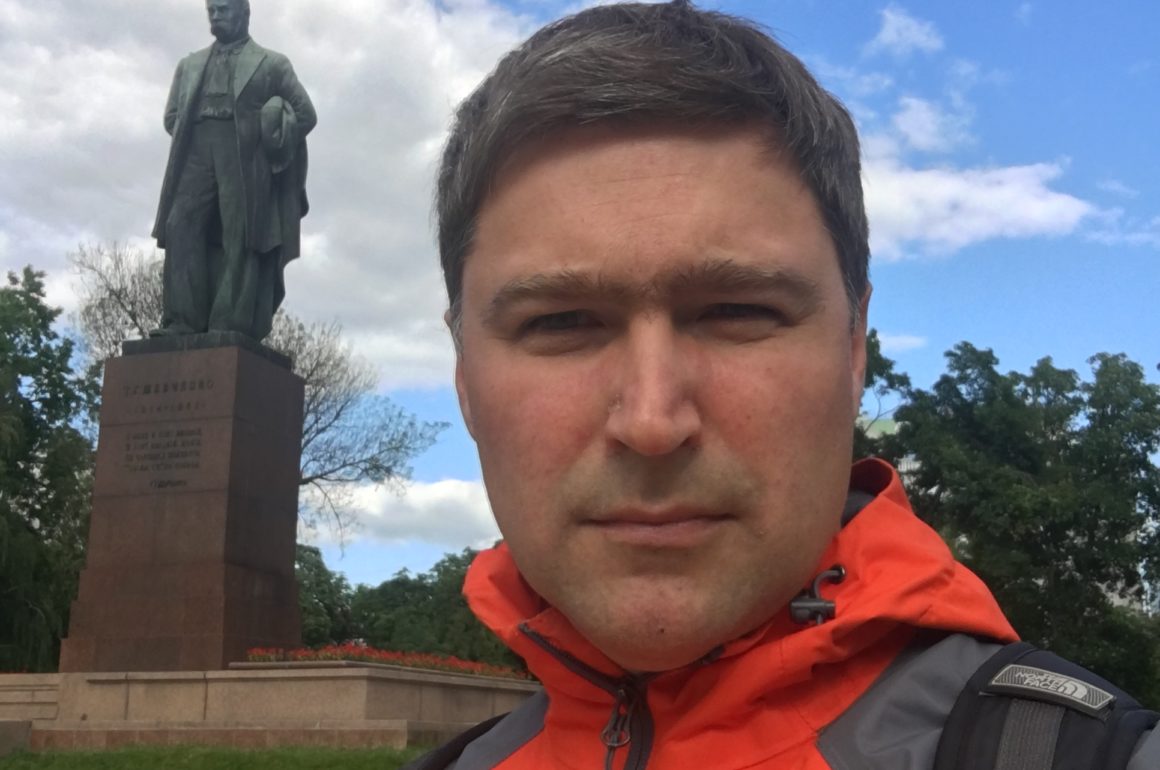 This article continues our series dedicated to Latvia’s security in the light of Russian aggression in Ukraine, the beginning I which I witnessed in Slaviansk, Donetsk and Kharkiv, while working for US media. In our previous piece, we explored a group of athletes turned politicians, which reminded of organisations that were involved in pro-Russian separatist uprising in southeastern Ukraine. That story also revealed a possible conflict of interest in how Riga mayor’s office led by Nils Ushakov funded public organisations.

When studying the conflict in Ukraine, as well as the possibility of a similar scenario being played out in other countries, one inevitably has to confront the issue of extreme nationalism. Putin invaded Ukraine because of his existential fear that a country, where half of the population speaks Russian as the first language, will be able to develop along the lines of European liberal-democratic model. Ukrainians had to pay for Maidan revolution so that Russians didn’t follow their example by toppling Putin’s friends, who manage the country like their own private corporation.

The European far right is divided on the issue of Russian aggression. Some of them support the Kremlin due to their natural ideological proximity – Putin is made of the same cloth as themselves. Others cannot support Putin because of the traditional anti-Russian vector of nationalism in their countries. That doesn’t prevent them from pursuing Putin’s agenda by undermining European liberal-democratic model and European institutions, especially European Union.

Most of them most likely do it at the behest of their heart. But not everyone. For example, the secret ledgers of Ukraine’s Party of Regions, discovered by journalists after Maidan revolution, revealed that the nationalist Freedom Party was funded by its pro-Russian colleagues. The goal was clear – nationalist were supposed to steal votes from democratic pro-Western parties and discredit the idea of Ukraine’s integration with the West in the eyes of Russian-speakers. Known for its rabid Russophobia and anti-Semitism, Freedom Party is on list of National Alliance’s chief partners in Ukraine, along with Azov.

There is one thing that’s important to understand about today’s extreme nationalists. Their true agenda, discussed internally, is radically different from the one they present to society. Their chronic habit of deceiving society about their real plans and denying the obvious reminds of Vladimir Putin with his “little green men” wearing uniforms without insignia that “one can buy in any military shop”. The story of NA’s secretary-general Raivis Zeltits, who featured in the leak from the Iron March forum published by Bellingcat, is illustrative of this trend.

In one of his posts, he says that National Assembly wants to become a political wing of a broader movement, which would also have a paramilitary combat wing, with the goal of staging “the fourth Atmoda” in Latvia. These plans, Zeltits writes to the administrators of the forum (while asking them to delete some of his previous messages) shouldn’t become known to broad public, specifically to NA voters, who he says are ordinary patriots and could be put off should NA politicians be portrayed as fascists. “Like it’s a bad thing,” Zeltits adds sarcastically.

His friends from Azov are much more explicit about their truly impressive plans of European race war, which only compares with the Bolshevik world revolution or Al Qaeda’s and ISIS plans of global caliphate. Intermarium, as it is understood by Azovians, is a soft version of the same adapted for public consumption in East European countries.

These days, extreme nationalism has paradoxical become one of the most internationalist of existing ideologies, along with Muslim jihadism. Semenyaka is tirelessly traversing Europe promoting the idea of Reconquista. She is especially active in Baltic countries. Meanwhile, Levkin’s Wotanjugend propagates the cause of Western “white terrorists” in its Telegram channel.
“There are striking resemblances between Al-Qaeda’s Maktab al-Khidamat [information bureau] and the Azov Battalion’s ‘Western Outreach Office’, both of which have the responsibility for promoting the cause and helping recruits join the fight,” writes Ali Soufan, a former top FBI expert on international terrorism.

One of the most amazing aspects of Azov’s internationalism is its surprising embrace of open neo-nazis from Russia. At the beginning of Russia’s aggression against Ukraine, Russian nationalists split and were brutally clamped down upon by the authorities because a significant part of them supported Ukraine (which they regard as an acceptable alternative to Putin’s “Russophobic” regime) rather than their own country.

At least a few dozen Russians joined nationalist Ukrainian battalions, primarily Azov. The founder of the largest neo-nazi group in Russia’s modern history, Sergey Korotkikh, became the head of Azov’s intelligence and was granted Ukrainian citizenship by president Poroshenko (not forgetting to make “from heart to the sun” gesture during the officially ceremony, as evidenced by photos from the event). Azov also embraced prominent Russian neo-nazi Roman Zheleznov from the Kremlin-friendly movement Restruct.

While in Ukraine, Russian neo-nazis kept liaising with their former friends fighting on the other side of the frontline. For example in 2015, Zheleznov organised an hour-long broadcast featuring St Petersburg neo-nazi Aleksey Milchakov. who fought on the side of Donetsk separatists and subsequently joined the notorious Wagner group.

Azov’s chief geopolitics expert Olena Semenyaka constantly expresses her sympathy for Russian comrades, which is not surprising given her contacts with Aleksandr Dugin – a Russian thinker, whose crypto-fascist views influenced elite army and security officers from Putin’s circle. Dugin and Semenyaka demonstrate practically identical political views, except the former is dreaming about Eurasian empire centred on Moscow, while the latter wants to recreate the Great Duchy of Lithuania with the capital in Kyiv.

We expect two kinds of reactions to our publication, both silly and self-demeaning. First one – from Russian propaganda, which may use our publication to smear Baltic countries. Well, dear Kremlin propagandists, this author suggests that you GFY, because it is Russian aggression in Ukraine, which triggered the new dawn of extreme nationalism in Eastern Europe.

We also expect accusations that we are bringing grist to Kremlin’s mill and that he we hate national idea. While refusing to be interviewed, Raivis Zeltist already expressed doubts in the objective of this author, citing his tweets about Riga mayor’s office (even though his previous investigation, mentioned above, was focusing on it) and – quite unexpectedly – about a confrontation between Kentucky college students and native Americans. Unexpectedly, because the secretary general of National Alliance apparently sides up with the descendants of cruel colonisers against America’s native people.

A healthy person’s reaction to this publication would be to follow simple rules of political hygiene. No one will suspect you of sympathising nazis or white terrorists, if have no friends among nazis, if you don’t visit them or invite them into your house, if you don’t build unions, coalitions and geopolitical strategies together with them and – last by not least – if you don’t help the Kremlin to destroy European unity. We believe that this is not at all difficult and that society will only be healthier as a result.