Gun in your face: Leaders of Latvia’s conspiracy community radicalize the country’s population 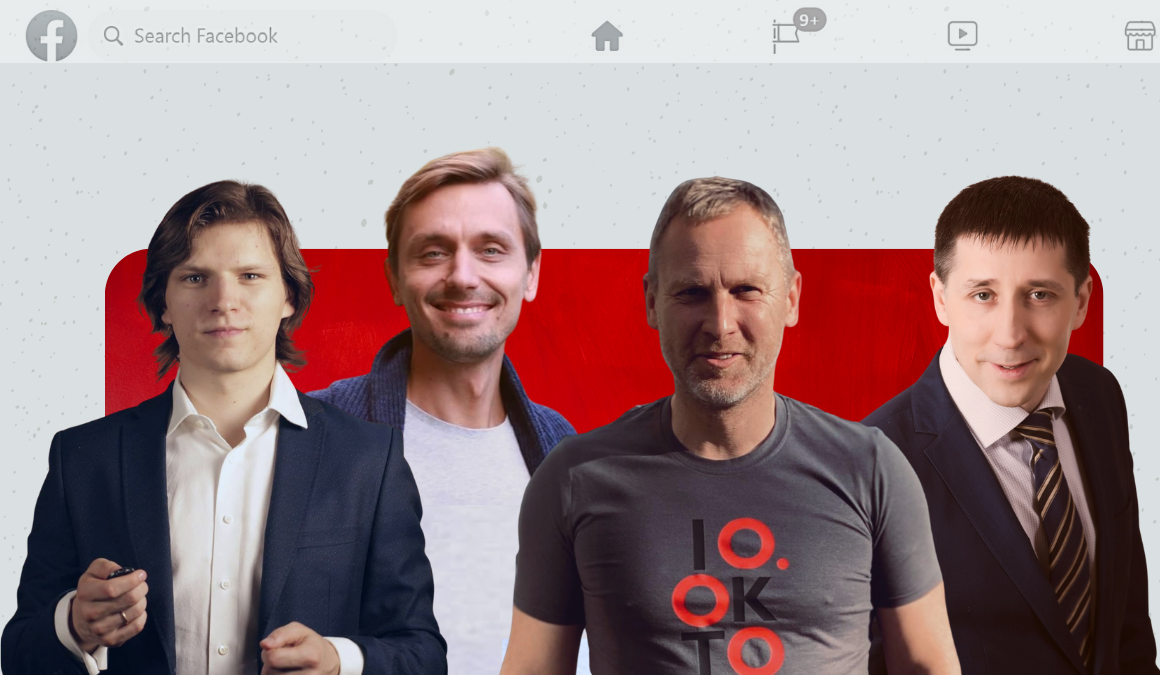 When in March of this year Re:Baltica’s Re:Check became official Facebook (FB) fact checkers and labeled the first false information, the main conspiracy theory propagators in Latvia were enraged.

Among those raging the most was the young entrepreneur Jānis Pļaviņš, who, as he puts it, on a day-to-day basis sells so-called structured water under the Memory Water label. In a short  video shared by thousands, he claimed that C-19 is artificially created in the US, is linked to Bill Gates’ business interests, and was brought to China during a military sports competition. Pļaviņš was joined by another activist, whose Facebook page Gaismas tīmeklis (Network of Light) regularly battles against 5G antenna towers.

With slogans about the suppression of free speech and charges that the Re:Check fact checkers were working like the Soviet-era KGB agents or chekists (a play on words with Re:Check), these leading conspiracy theorists started gathering signatures to have FB remove us. DFRLab, which analyzes the spread of disinformation, determined that at least 22 FB groups or pages shared this appeal. We were called prostitutes, liberalsluts, “the ministry of truth” and the heirs of Goebbels. The main anti-vaccine page on FB published a video about my private life.

These campaigns were to no avail. Since March, we have labeled as misleading more than 50 posts on FB and these were mostly pertaining to C-19. Working day-by-day with fact checkers around the world, we saw that identical disinformation was being spread in other countries.

At first, myths about the origin of the virus were popular, as well as on how to protect against it (eat lots of garlic, take flu remedies). Later, the anti-vaccine movement appeared (the virus was created by Bill Gates and Big Pharma to earn money) and now they are joined by the mask-deniers.

The latter, however, is especially characteristic of Latvia and was the result of our success story combating the virus (till this October). That may sound paradoxical, but it is a fact. While many European countries imposed strict restrictions, international media praised Latvia, because the number of people falling ill was small. Unfortunately, these good results created the feeling in part of society that the virus didn’t exist because “I don’t know anyone who got sick.” Main conspiracy creators did all to cement this sentiment.

As a result, at the end of October the number of infected in Latvia exceeded 200 persons per day. The government mandated wearing masks on public transport and in retail establishments, while a powerful anti-mask campaign started on social media. Among those inciting this was an opposition politician, the populist  Aldis Gobzems, who has a large following on social media, and is a former lawyer and a talented orator. Gobzems published photos of himself shopping without a mask. His goal was to get fined for not wearing a mask, so he could challenge the punishment in court. As of the writing, he has published an announcement on Facebook that, in the middle of November, he will collect signatures at a seaside rally to repeal penalties for not wearing masks and also to provide free masks for pensioners.

It looks like Gobzems is using C-19 as a platform for his political ambitions, as he will also be founding a political party at the seaside meeting. He was expelled from his previous party Who Owns The State /KPV for undermining its reputation.

The virus is also used by disinformation spreaders to increase the number of followers. This is possible for a number of reasons.

First, in Latvia, with great social inequality, there is fertile ground for the growth of conspiracy theories. If the social support network is weak and people are unable to see a doctor or to pay for a psychologist in a crisis situation, the easiest path is to blame some other unknown force for one’s misfortunes. A somewhat older survey by the public opinion survey company SKDS done five years ago showed that more than half of Latvia’s inhabitants believe their lives are influenced by various conspiracies. Therefore, it is no surprise that in a recent SKDS survey half of those queried said that C-19 was created artificially.

Second, social media algorithms that emphasize “everything is bad” are to blame for spreading these myths. The creators of conspiracy theories, although few, are aggressive. They actively share misleading information and the FB algorithms “evaluate” these as popular and therefore must be shown to as many people as possible. Those who object to misleading posts are brutally mocked, thereby silencing any reasonable discussion. The result is division and radicalization of society.

Some of the aggressive activists have not hesitated to express threats of physical violence. A  young man said in a FB comment that he would “shove the muzzle of a weapon” in the face of the Minister of Health Ilze Viņķele. Someone else wrote “Yo! Pig. Do you treasure your family??? Get out of Latvia, If not, you will go to a funeral alone.”

Viņķele told Re:Baltica/Re:Check that she and her colleagues get such threats every week. Regarding the aforementioned threats, she reported them to the police.

Even the Re:Baltica/Re:Check office was visited last fall by a man with a funeral wreath who wished to find out why we supposedly worked in the interests of the billionaire George Soros. Sorosites is one of the labels thrown at us by the spreaders of disinformation and by individual politicians. (One of the donors to Re:Baltica is the Soros financed Open Society Institute, which is openly indicated on our home page). It  was later determined that this man had previously threatened us on FB. The police reluctantly started a criminal investigation that was later terminated by a prosecutor because the threat against us “was not real”. This only encouraged the stalker and he still continues to regularly send SMS and call to say what he thinks of us.

However, since Re:Check and the largest news website in Latvia, Delfi became official FB fact checkers, there have been significant changes. Seeing that the visibility of their FB pages is diminishing, the main disinformation spreaders have developed new tactics. To diversify risk, they have created new FB pages as well as their own homepages. While none of these channels alone has a large audience, they share and distribute each other’s content, thereby reaching a considerable number of people.

Recently, disinformation spreaders have shown their business interests too. The main vaccine opponent started selling a special mobile phone cover that allegedly protects from harmful radiation. The peddler of “structured water” has started offering home delivery of groceries which he advertises on his fake news homepage. All of them got together in October for a special festival, where the workshop titles were straight out of Harry Potter. For EUR 20 in a day-long program, participants could learn everything about auras and chakras, healing stones and the harmfulness of vaccines. Since more seminars on these themes have been announced, one can assume that the festival was a success.

Originally the article was published as a part of a project #Baltimeli by Goethe Institut – Riga.