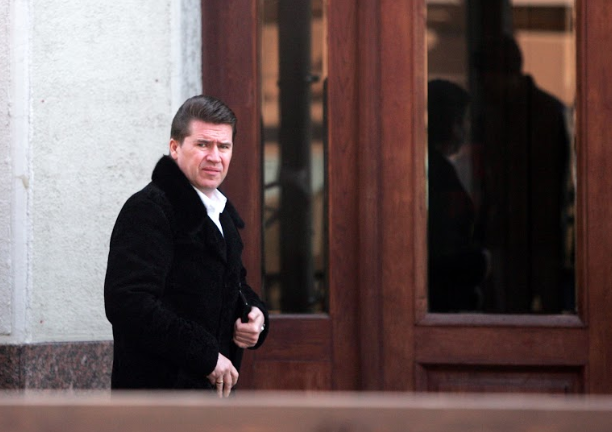 The case for the alleged breach of EU sanctions against Russia by the owner of the Baltic media-powerhouse which distributes popular Russia’s TV channels may end up being heard in court behind closed doors.

The co-owner of Baltic Media Alliance (BMA), Oleg Solodov, and his Estonian side-kick, Margus Merima, have entered a plea bargain, the prosecutor Aldis Lasmanis confirmed to the Baltic Center of Investigative Journalism Re:Baltica.

The case shook the local media world when Latvian and Estonian security police simultaneously searched in BMA offices in Riga and Tallinn on Feb 4, 2020 in a recently started criminal case of the sanctions breach, surrounded by deafening silence on its content. It was followed by BMA dismantling editorial offices and taking off air the local Russian-language newscasts in their most popular Russian TV channel, Pervij Baltijskij Kanal (PBK).

Prosecutor Lasmanis told Re:Baltica that on Nov 12, 2020, he has charged two physical and two legal persons with the breach of EU sanctions against Russia. Although he refused to disclose the names of the indicted, Re:Baltica understands that they are Solodov, co-owner of BMA which owns the transmission rights for several popular Russian TV channels in the Baltics, and Merima, who owns UK-registered Baltic Media Alliance Ltd.

Three of the four accused have entered the plea bargain, Lasmanis said. That means that the indicted admit their guilt for arranging illegal money flow and agree the punishment with the prosecutor, which is then confirmed by the court. However, all the process takes place behind closed doors and does not give the public the chance to understand what exactly happened in the so-far loudest Baltic criminal case about EU sanctions breach. “From the point of view of the resources spent on the case this seems the optimal solution,” Lasmanis said.

In his words, there are still few large translations pending for the case to be accomplished, and he is still waiting for the fourth person to enter the plea, but the case shall reach the court by the end of February.

In the interests of the investigation prosecution refuses to disclose the details of the case, except for terse description that individuals with the help of the companies and on the basis of various cooperation agreements have illegally arranged the money flow to the Russian citizen who is on the EU sanctions list. The estimated amount is “bigger than 10 million euros,” the prosecutor said.

According to the previous investigation by Re:Baltica/Delfi (Estonia),  Russian oligarch Yuriy Kovalchuk is at the center of the case. EU has put him, along with tens of other Russian top officials and businessmen, on the sanctions list because of Russia’s annexation of Crimea. The EU has described Kovalchuk as a long-time acquaintance of Putin and said the businessman was “benefiting from his links with Russian decision-makers”.

Kovalchuk is the chairman and the largest shareholder of Bank Rossiya which, according to the EU document, “has important stakes in the National Media Group” (NMG). NMG in turn “controls television stations which actively support the Russian government’s policies of destabilisation of Ukraine”.

Many of the 25 channels which BMA broadcasts in the Baltics belong to the Russian-registered Perviy Kanal, a minority stake of which is indirectly owned by Kovalchuk through NMG. That is how Solodov is connected with the Russian oligarch.

Since 2014, when Russia annexed Crimea and the war in Ukraine followed, BMA which holds the broadcasting rights for PBK, Ren TV, NTV Mir and other popular Russian TV channels in the Baltics, had weathered many storms.

It had regularly been accused of being a propaganda tool of the Kremlin, while Russia-friendly Baltic politicians have used it for self-promotion, paying BMA handsome sums of money to help them hang on to power. In February, 2020, the UK media regulator ruled that BMA had breached the impartial coverage regulations six times when reporting on events in Ukraine and the Baltics, and on the poisoning of a former secret agent’s family in Great Britain, and imposed a fine of 20,000 British pounds. For similar reasons, on several occasions, Latvian and Lithuanian media regulators have also temporarily banned the broadcasting of several TV channels that BMA re-broadcasted.

Both Solodov and Merima did not respond to the requests for comment for this article. In the worst case scenario the punishment can be up to eight years in prison, but due to the plea deal it seems unlikely.