They longed for their home so much, but… 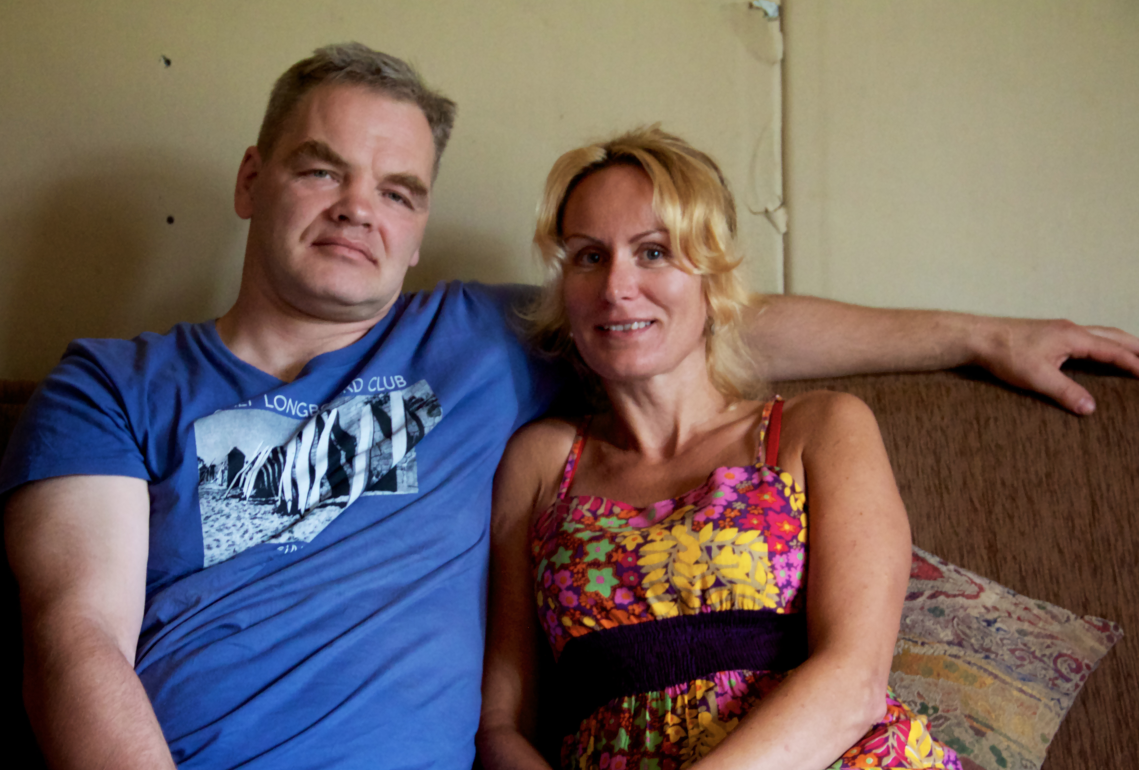 When the bustle of Bergen, a large Norwegian city on the country’s west coast, recedes into the night, Inese Liepina and her husband Peteris go to work. Around midnight, Peteris stacks about 1,000 newspapers into Ineses trunk, and about 6,000 into his own. He then gently lifts his wife into her car. As he watches her drive off, he has a lot of worries on his mind. Inese is not used to driving the steep hills of Norway. The chronic pain in her back flares up, as she gets in and out of the car to climb the 12-story bloc apartment buildings to deliver heavy newspaper packets.

The Latvian couple have worked as newspaper and coupon leaflet couriers for over a year. They are a part of about 70,000 émigrés who have reluctantly left their homeland after Latvia’s deep recession, followed by painful austerity cuts and high unemployment. “I had to force Peteris to get into the car. He didn’t want to leave Latvia,” Inese remembers on a rainy day this August.

But similar to their Latvian friends in Bergen, the couple left in 2010 after Peteris was unemployed for two years and could no longer make his mortgage payments on the 14,300 euros they loaned from the Hipotekas Banka. Selling the house in a real estate market that dropped by an estimated 50% in 2009 didn’t make sense either. “The bank would sell the house, but at least half of our debt to the bank and court officials would remain,” Peteris explains sitting in their Cesis home, a modest one story brick building with unfinished walls and sparse furnishings.

But financial losses is not the main reason the couple doesn’t want to give up their home. Their teenage son pleads to save this house. “Our son says that he wants to live in this, what he considers his real home. In Norway, he has no friends. Every person, road, and description are alien to him.”

Inese understands it better than anyone. “I know every trail, every tree in Cesis. The road, which my dad and I walked holding hands, as we went to the store is still here. All of that is pulling me back home.”

Peteris thinks it will take him another 3 years to repay their debt at their current rate. They don’t know when they’ll be able to return.

For now, living in Norway removes the daily stress of instability and makes them feel more valued, Inese says. “In Norway, every government official treats me with respect and patience. Every person has value. Even people with alcohol and drug additions have human value. It’s obvious there that the government serves all people.”

Peteris adds, “I don’t feel that our interests are being represented by the Latvian government. They say that the country has no money. But when I see the [recently built] Southern Bridge (Dienvidu Tilts) or the State Library (Gaisa Pils) [that is still under construction], it feels like they are spitting in the faces of the poor.”