Who pushes Kremlin propaganda in Poland 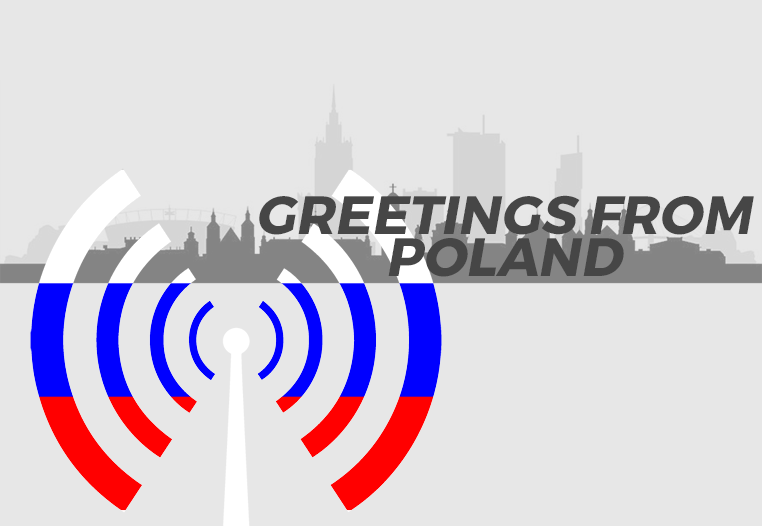 Adam Kamiński is the editor in chief of Niezależny Dziennik Polityczny. According to his Facebook profile he was born 43 years ago in Warsaw, has degree in law and likes sharing political memes and photos on FB. Apart from that he mostly shares articles from Dziennik. Kamiński has over 1,600 “friends”, including deputy defense minister, Bartosz Kownacki. In his profile picture, wearing a white shirt with a navy blue jacket, he seems to be pleased with the how life has turned out. 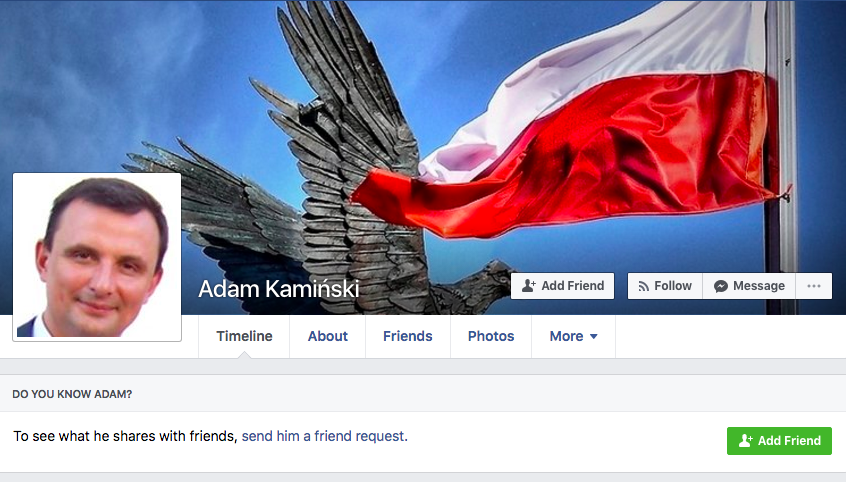 Dziennik website describes itself as “independent from governments, national organizations” and it is “a private enterprise created and established by private individuals”. The editorial team consists of four people, including Kamiński. From articles we learn that Latvian government practises apartheid on Russian and Polish speaking minorities residing the country. Furthermore, “the presence of American soldiers in the region is needless and harmful, because it does not change the strategic situation, but only exposes NATO to an accelerated confrontation.”

This theme regularly pops up in the Kremlin’s propaganda, it’s controlled TV stations and affiliated websites.

On Feb 1, 2017,  Dziennik published an article “Bartłomiej Misiewicz fiercely on general Waldemar Skrzypczak”. It was based on a print screen taken allegedly from an unofficial Facebook page of the press officer of the Polish Ministry of National Defence (MND), Bartłomiej Misiewicz. In the post Misiewicz supposedly called former Polish army chief, Gen. Skrzypczak, who resigned in 2009 after criticising government over incompetence regarding the needs of Polish peacekeeping mission to Afghanistan, “genetically contaminated”. “Father an officer, grandfather an officer, and grand grandfather served in Tsar’s army. Today I filed a complaint to the MND to deprive general Skrzypczak of his general’s rank”.

Meantime, “the unofficial Facebook page of Misiewicz” disappeared from FB. Misiewicz choose not to answer several interview requests by phone and via Twitter.

Misiewicz is a face of political changes in Poland implemented by the ruling party Law and Justice. Several mistakes made by MND’s spokesman placed him at the centre of relentless attention. Growing belief in his incompetence has made him an attractive target for disinformation attacks.

We wanted to talk to Dziennik’s editor Kamiński. After several emails reply arrived that he was in Liverpool and could be interviewed via email. We insisted on conversation and proposed using Skype, but Kaminski refused due to alleged threats from Polish defense ministry.

We sent dozens of questions by email. After a few days answers arrived: “Our mission is to present independent political views, Dziennik – an area of free speech. The website is financed by our own money. We do not have any requirements, we’re always open for new contributors. The article [about Misiewicz – ed.] was written based on a print screen and information, which we obtained from our source in the MND. The printscreen is not a fake!” 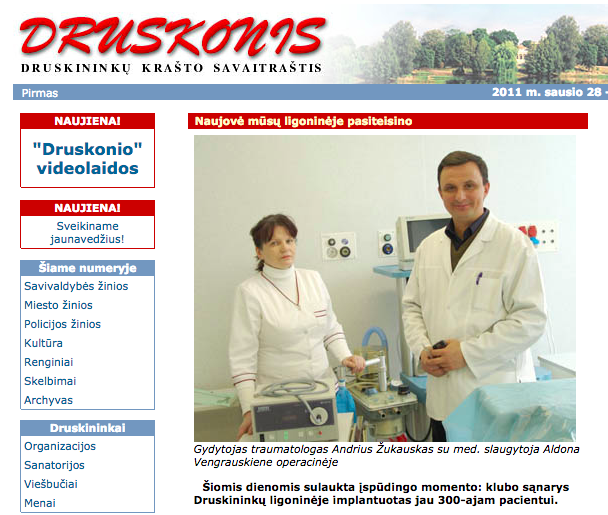 Adam Kaminski is either hiding well: or does not exist. 6 of his 18 FB friends whom we approached replied that they haven’t seen him and cannot remember becoming friends. The profile picture is stolen. The face of a smiling forty-year-old belongs to a Lithuanian orthopaedist – Andrius Žukauskas (he did not reply to request for comment).

Polish national security institutions off record claim that Dziennik is led by Russia’s secret services, but publicly have not offered proof of the accusation.

Radio Hobby was established in late 2008 in the city of Legionowo, not far from capital. It covers few small towns and sleeping suburbs of capital: Serock, Wołomin, Radzymin. About 130 000 people live there; mostly conservative and religious.

“We speak and write about our neighbourhood like no one else (…) – we are needed by our listeners, like a good neighbour nearby” – claims their website. Apart from covering neighbourhood and playing music hits, since 2014 every night the radio broadcasts a daily magazine Radio Sputnik. It is produced and paid by Sputnik – the multimedia news agency which is part of Kremlin’s propaganda holding Rossiya Segodnya.

It’s lazy Saturday evening of March 1, 2017, and Radio Sputnik summarises the most important news of the week. The anchor, with a strong Russian accent, says: “Kiev over and over accuses Moscow of interfering in Ukraine’s internal matters. But Ukrainian authorities still have not revealed any evidence of that. It has been announced on numerous occasions in Moscow, that Russia has nothing in common with events that took place in Donbas and indeed is interested in resolving that crisis by Ukraine”.

Another recurrent theme is “sabre dance” which Warsaw prefers in relations with Russia.

We wanted talk to the chairman of Radio Hobby, Tomasz Brzeziński, about pro-Kremlin propaganda in his station. One day his employees claimed that they’re not sure if the chairman would like to talk to us; on another – that he is sick and unable to talk.

Former chairman of the radio, Paweł Kubalski, also declined, complaining that media coverage over the station has been dishonest. But he did talk with Polish Press Agency in June 2015. “During the news broadcast I hear the awful propaganda content. And I fully agree that it is propaganda. On the other hand, the rest of the magazine is devoted to culture and science,” he opined. Kubalski said that if deal with Sputnik did not came about, he would have to close the radio and stop paying employees. Radio Hobby receives about 5800 euros monthly from Sputnik.

The regulator of electronic media, National Broadcasting Council (NBC), at the end of 2015 cancelled the license of Radio Hobby arguing that retranslation of magazine Radio Sputnik violated Polish law. “The reason for our decision is the fact of reselling the waveband to another entity. We’re in the possession of contracts which confirm that. In practice, part of the radio’s program was outlawed. We won’t let it happen,” says Witold Graboś, deputy chairman of NBC. The owner of radio station went to the court and the case is still unresolved.

Sputnik News stands in Radio Hobby defence. It’s website features articles about freedom of speech being in danger in Poland because of government attacks on Radio Hobby; which is always described as “media, which present a different view on events from around the world.”

The Polish version of Sputnik News has been functioning since the beginning of 2015. The titles such as  “Maidan: was it worth it?”, “Kiev doesn’t want to admit that Ukraine is not liked in Crimea”, “Brave Misiewicz fights with disinformation” and “Ukrainian immigrants in Poland – the threat of a slowly ticking time bomb” catch readers’ attention. Sputnik News devotes significant attention to defence minister Antoni Macierewicz (russophobe), spokesman Misiewicz (his incompetent disciple), situation in Ukraine (Ukrainians as agressors in self proclaimed “republics” of Donbas and Lugansk) and the Smoleńsk catastrophe.

In 2010, Polish president’s plane crashed in Smolensk, Russia, killing 96 people, including him and many other important public figures. The reasons for crash has been a subject of wild speculations in Poland, including possible involvement of Russia. 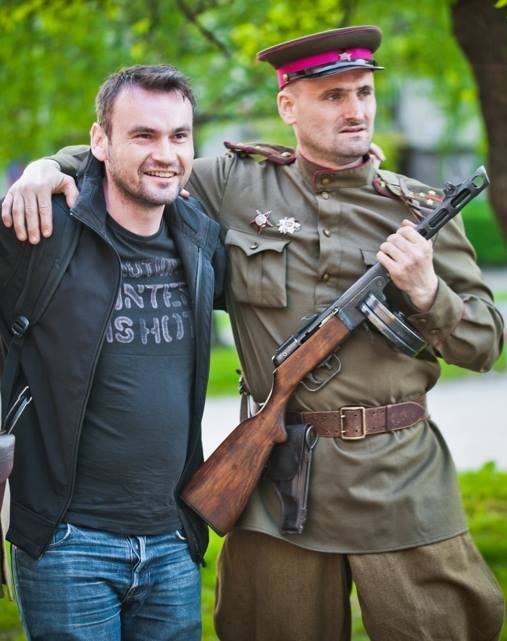 Sputnik News also provides a blogging platform. One of the most prominent bloggers is Piotr Radtke, member of the pro-Russian Zmiana Party and founder of the NGO Brotherhood of Poland and Russia association. The leader of Zmiana and regular commentator on Kremlin-funded RT network, Mateusz Piskorski, is in custody since May 2016 when he was arrested on suspicions of spying.

Radtke, whom Polish media have linked to Russia’s secret services,  explains that he founded the association because he could not stand the growing Russophobia in Polish media. “After the end of World War II my dad, as a little boy, had an accident. A mortar shell exploded near him. Soldiers of the Soviet Army saved his life. He was taken to the army hospital and survived. Later on, he went to the army and served for 30 years. He raised me to be a patriot and to be a friend of Russia,” says Radtke.

The second reason for creating association were accusations of his connections with Moscow. “I wanted to be transparent in my actions,” he continues. “We unite about 150 people from all around Poland.” Members discuss matters on a FB group which has over 4000 members.  Mostly articles from Sputnik News and other websites representing Kremlin’s point of view, including Niezależny Dziennik Polityczny, are posted there.

His statements are not distributed only via Facebook and Sputnik. Once every few months his comrades go out on the streets and share leaflets with information warning about Russophobia and NATO’s presence in Poland.

“I believe that is a mistake to invite American soldiers to Poland. We should have no fear of Russia, because nothing bad is happening there. They do not have any geopolitical intentions and territorial disputes with Poland. How would we feel, if Russia would have resettled heavy military equipment near the Belarusian border?” he asks rhetorically.

At the end we ask him about Russian propaganda and disinformation produced by Sputnik News. He refuses to comment: “I want to work only as a pacifist, who will reunite Slavic nations.”

Ministry of National Defence runs specific operations to fight with the threats of Russian disinformation, but what exactly it does in that field, remains a secret. Bartłomiej Misiewicz created his own website dezinformacja.net (disinformation.net). “Today’s wars are fought and won not only on the battlefield, but also in cyberspace,” Misiewicz wrote on website “Disinformation is not only a weapon in the hands of world superpowers. It is also a tool in a dirty political games.”

After few days the website was shut down. It attracted a lot of criticism about poor and biased content, Nevertheless, for Misiewicz  “attempt of creating the website happens to be a huge success. We’ll inform about further actions”.