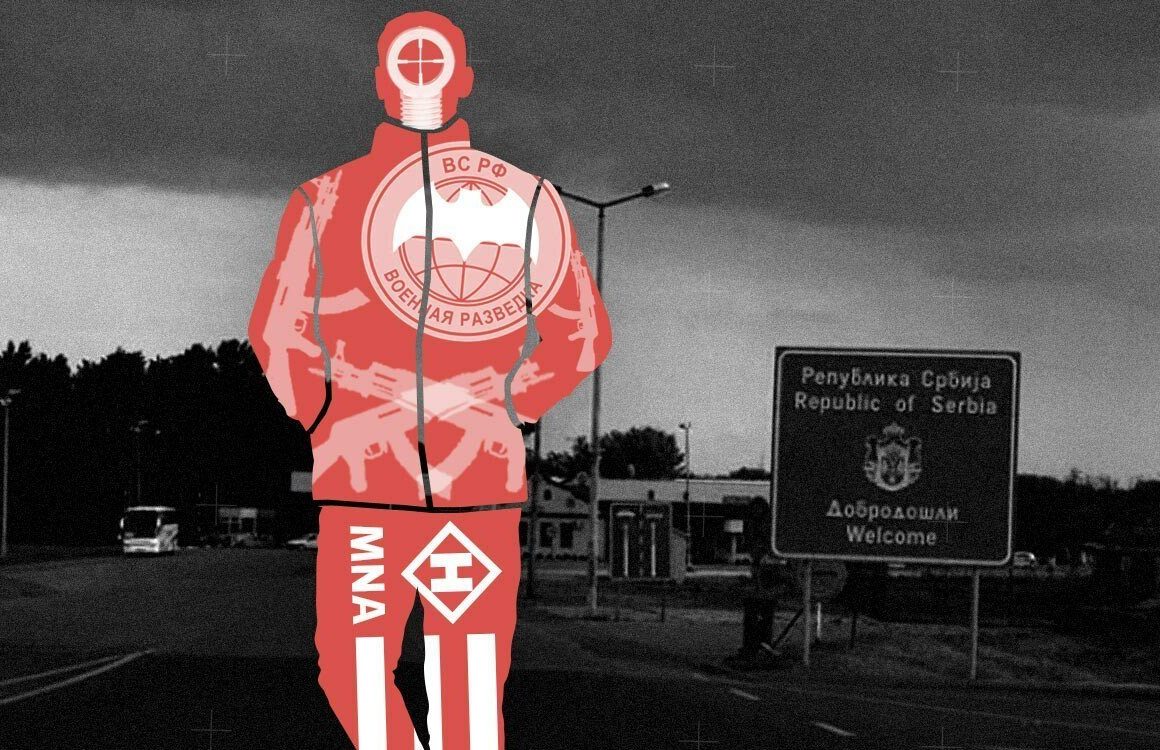 The Russian man was waiting a long time for someone he was supposed to meet in a park not far from Budapest. Neither his appearance nor behavior were out of place. As he walked among the trees, everything looked ordinary. Some passers-by were enjoying the scenery while a couple kissing nearby were enjoying each other. The temperature seemed just right. It was a great time to get out of town.

At first, the Russian seemed unfazed when two random strangers approached him. Until one of the strangers firmly stepped in front of him and showed him a badge of the Military National Security Service (KNBSZ). KNBSZ is the secret service that deals with military counter-intelligence in Hungary and, according to Direkt36/Re:Baltica information, the one that has been pursuing several Russian spies in recent years despite the Kremlin-friendly foreign policy of the Victor Orban government.

There was a look of shock on the face of the Russian man when his cover was blown. He did not believe that this could really happen to him in Hungary in 2016.

KNBSZ did not leave anything to chance. Neither the seemingly random passers-by nor the kissing lovers were who they seemed to be. They worked for the Hungarian secret services as the surveillants. The target was also not an innocent Russian tourist. He was an undercover intelligence officer working for the Russian military secret service, commonly known as the GRU and widely exposed in the Western public due to the botched operation to poison the former spy Sergei Skripal currently living in Great Britain.

Officially, the Russian was working as a diplomat in Budapest, but in reality he was involved in the arming of the neo-Nazi paramilitary group called the Hungarian National Front (MNA) and allegedly in direct contact with criminal organizations in the Balkans. The meeting in park was meant for a preparation of a secret operational meeting away from the heavy traffic and CCTV cameras of Budapest.

The park scene was described to Direkt36/Re:Baltica by two sources with the knowledge of the situation. A third source, working for a NATO member state’s government, disclosed additional details of the international background of the operation and the connections of the spy who was exposed. Because of the sensitivity of the subject, all three spoke on condition of anonymity.

Since 2010, about ten similar cases of exposing and expelling Russian spies from Hungary were mentioned at least briefly in the National Security Committee of the Hungarian Parliament, according to sources familiar with the work of the committee. So-called „quiet expulsions” were conducted in each case, which means that the government had never informed the public of the situation. KNBSZ did not provided comments for this story. Their oversight, Hungary’s Ministry of Defence, did not respond to multiple inquiries.

On December 1, 2016, KNBSZ informed members of parliament about the exposure of the GRU intelligence officer while presenting its annual report before the National Security Committee – the only non-governmental forum that has power, albeit limited, to hold secret services accountable. It was the last time that Hungarian secret services informed committee of having exposed and quietly expelled Russian spies. During the Orban governments – since 2010 –, approximately ten similar cases (including this one) was mentioned before the committee.

In quiet expulsions the domestic security services first expose the foreign intelligence officer. Then the spy leaves the country for good either at the command of his or her superiors, or at the strong request of the host country’s counter-intelligence. In such cases, the spy affair is not formally recognized at a diplomatic level, although the foreign ministries of the two countries may receive a confidential briefing about the events. An essential element of quiet expulsions – as the name suggests – is that these cases are not disclosed to the public.

What makes the Hungarian practice strange compared to other countries of the former Eastern bloc is that there are no official expulsions, only quiet ones. A Hungarian source from the national security committee said that quiet expulsions „could be painful, too”, but this is also a way for the Hungarian government to avoid an open confrontation with Moscow.

However, only in recent weeks has the nabbing of several Russian spies been made public in other countries of the region. In November, 2018, Austria announced that one of the colonels of the Austrian army had been selling military secrets to Russia since the ’90s. A few weeks later, Slovakia expelled a Russian diplomat – an undercover GRU agent – who had been spying against Slovakia and NATO. At the beginning of December, Czech counter-intelligence announced that they had, also through quiet expulsions, exposed a Russian spy network earlier during the year and completely paralyzed their activities. Poland and the Baltic states are catching Russian spies much more frequently and are proud to inform the public.

Since 2010 the only official expulsion in Hungary have taken place in the spring of 2018, when, responding to the Skripal poisoning, Budapest joined UK lead and expelled a GRU-affiliated Russian diplomat. However, Direkt36/Re:Baltica found out about this rare incident that in reality Budapest and Moscow colluded in the background and conducted the mutual bans in a way to cause the least possible damage to Russian-Hungarian relations. The expelled Russian diplomat was about to complete his posting and already preparing to go home.

The side effect of the quiet expulsions is that it can even embolden Russian spying activity. “Why does Russian intelligence love Budapest so much? That is because the risk here is the lowest if they make mistakes or get exposed. Russia’s prestige will not be hurt because the Hungarian government keeps everything under the table, and quiet expulsions are a good example of that”, András Rácz, Political Capital Institute’s expert on security issues told Direkt36/Re:Baltica.

The parliament’s committee has been informed several times that Russian spying in Hungary is not mainly targeted at Hungary, but mostly it’s bordering countries.

Hungary, gateway to the Balkans

In October 2016, the name of Bőny, a small village in Western Hungary made headlines all around the world after an old neo-Nazi leader was involved in a shoot-out with Hungarian police forces. A Hungarian detective was killed as a result of the shoot-out. Local media found out that accused murderer Istvan Gyorkos and his far-right paramilitary organization, called the Hungarian National Front (MNA), had been in contact with the GRU for years. Russian military intelligence officers working under diplomatic cover at the Russian Embassy in Budapest gave military training to Hungarian neo-Nazis. These drills were disguised as airsoft games – war exercises carried out with training equipment that resembled real weapons.

These diplomats were working with the Russian military attache in Budapest. The Russians engaged with the neo-Nazis so openly that sometimes they even met them dressed up in Russian military uniforms, said one of Direkt36/Re:Baltica sources familiar with the work of the national security committee. The GRU intelligence officer that KNBSZ exposed in the park in 2016 not only financed their operations but also supplied weapons and training, a source working for a NATO country’s government told Direkt36/Re:Baltica on condition of not disclosing their name due to the sensitivity of the topic.

”The Russians’ ambition for subversion was not Hungary-specific. Since 2015-2016, the Russians had very similar operations throughout the entire Balkans,” for example the coup attempt in Montenegro in autumn 2016, explained the official working for a NATO country.

The Russian spy who was exposed in the park was also involved in GRU operations in the Balkans. He was in touch with illegal arms traders and other groups of organized crime – including Serbian groups – in the Balkans. According to our foreign source, it was primarily because of his contribution to the destabilization of Balkan countries that the Russian diplomat was quietly expelled from Hungary.

“For Russian intelligence, Budapest and the Russian Embassy are important primarily because of their role in logistics and transit. This is because the country’s geographic location makes Hungary a gateway to both the West and the Carpathian Basin. A gateway to both Ukraine and Romania, countries important to the United States, and to the Balkans,” Zsolt Molnár, former Socialist chair of the national security committee told Direkt36/Re:Baltica.

Hungary’s serves as more the operational and logistics base for clandestine operations for the Balkans. “The role of Hungary for Russian intelligence is that this is the place where they have their messengers, operations executive staff, safe houses, or car rentals. It is much more practical to manage these in Hungary, inside the Schengen area, than in the Balkans. There is no way to know exactly how many of these are organized inside Hungary, but the volume is very high,” the former security officer explained.

Another retired Hungarian counter-intelligence officer reported similar things. The source previously participated in international cooperation and had to work (typically on counter-terrorism cases) with Russian security officers too sometimes. “When Hungarian services had to cooperate with them, the Russians’ agents often did not fly in from Moscow, but from Belgrade” said the source who, based on his own experience, believes that today “Budapest is one of the messenger or courier centers of Russian secret services”.

Additionally, for a long time, the passage between the Balkans and Hungary was convenient not only by plane or on a highway, but also through the green border. For example, the Russian secret services could smuggle practically anything into Hungary from Serbia. By the 2010s, the previously strict Serbian border protection had weakened considerably and the Hungarian border patrol was insufficient as well. “The Hungarian-Serbian border section had become the weakest spot in Hungary, and a testing ground before the migration crisis in 2015 that proved that anything can pass through that border,” Oszkár Nikowitz, the Hungarian ambassador to Belgrade under the Orban government between 2010 and 2014 told Direkt36/Re:Baltica.

There is a historic prelude to the GRU, which is practically unchanged in structure since Soviet times, using Hungary primarily in the direction of the Balkans. ”Traditionally Hungary served as a gateway to the Balkans. Within the Warsaw Pact, the Soviet Union had entrusted the Hungarians to conduct military espionage on Yugoslavia. After 1999, Hungary also became one of NATO’s Balkans specialists,” Attila Demkó explained to Direkt36/Re:Baltica. Demkó led the Department of Strategic Analysis in the Hungarian Ministry of Defense until the beginning of 2018.

Neighbors of Hungary and multiple non-Moscow friendly countries in the Balkans are also worried about the new nuclear power plant that Rosatom is building at Paks. A colony of 5,000-6,000 Russians are settling in Paks to execute the project and later operate the power plant. It is feared that the colony in Paks is not only made up of engineers and scientists, but also of Russian intelligence agents that will not spy on Hungary primarily, but on its neighbours.

END_OF_DOCUMENT_TOKEN_TO_BE_REPLACED

This story is the part of the series supported by the first EU-financed fund for investigative journalism IJ4EU and jointly developed by Re:Baltica, Postimees, Direkt36, 15min.lt and Respekt.cz Financing was given as a result of the open call, managed by International Press Institute. Longer version of the article can be found on the page of Direkt36.