Social Benefits Paid Out by Latvian Municipalities in 2011 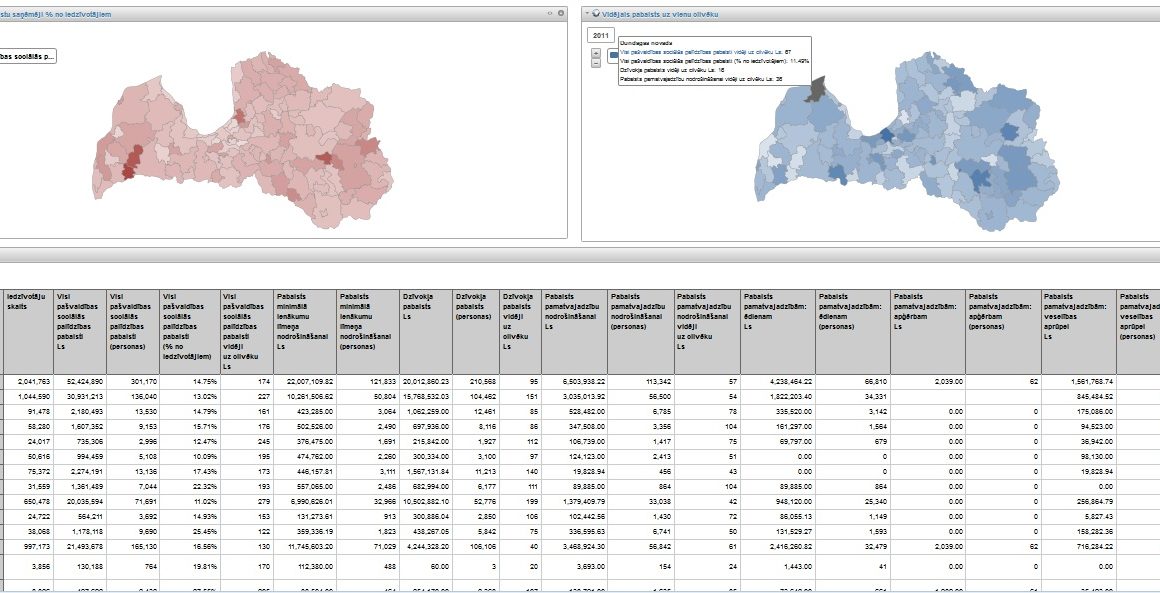 At present Latvia’s municipalities set separately the amount and organization of welfare payments. These payments therefore vary greatly according to the revenues of the municipalities. In poorer regions welfare payments are negligible. The World Bank‘s research shows that municipalities paid out most of the housing benefits to wealthier families, with the state supervisory authority being too passive to change the system.

Against the recommendations of the World Bank, the government has decided that from next year all social benefits will be paid by the municipalities from their own pockets. During the crisis the state jointly financed the guaranteed minimum income (GMI) program and the housing benefits. The World Bank recommended that the Welfare Ministry be directly responsible for the payment of benefits. The levels of the different social benefits would then be standardized across Latvia rather than dependant on influence at the local level. In 2011 municipalities paid out 53 million lats in total for social benefits, three times more than ten years ago. 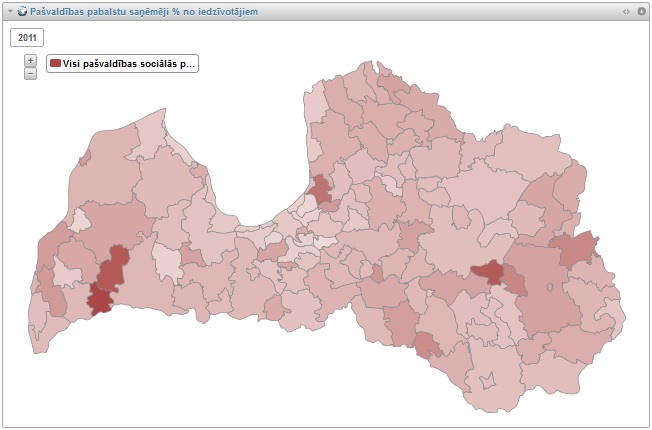 In these maps one can see how many residents in each Latvian district received social welfare payments (the red map) and what the average amount of social welfare payments was for each district resident (the blue map). Using the “mouse” to look at a specific district, one can see how much each municipality paid per capita for housing benefits and as well as for the provision of basic needs.

Below the map one can see in more detail the distribution of benefit payments.