The Main Conclusions and Recommendations. Authors of the Project 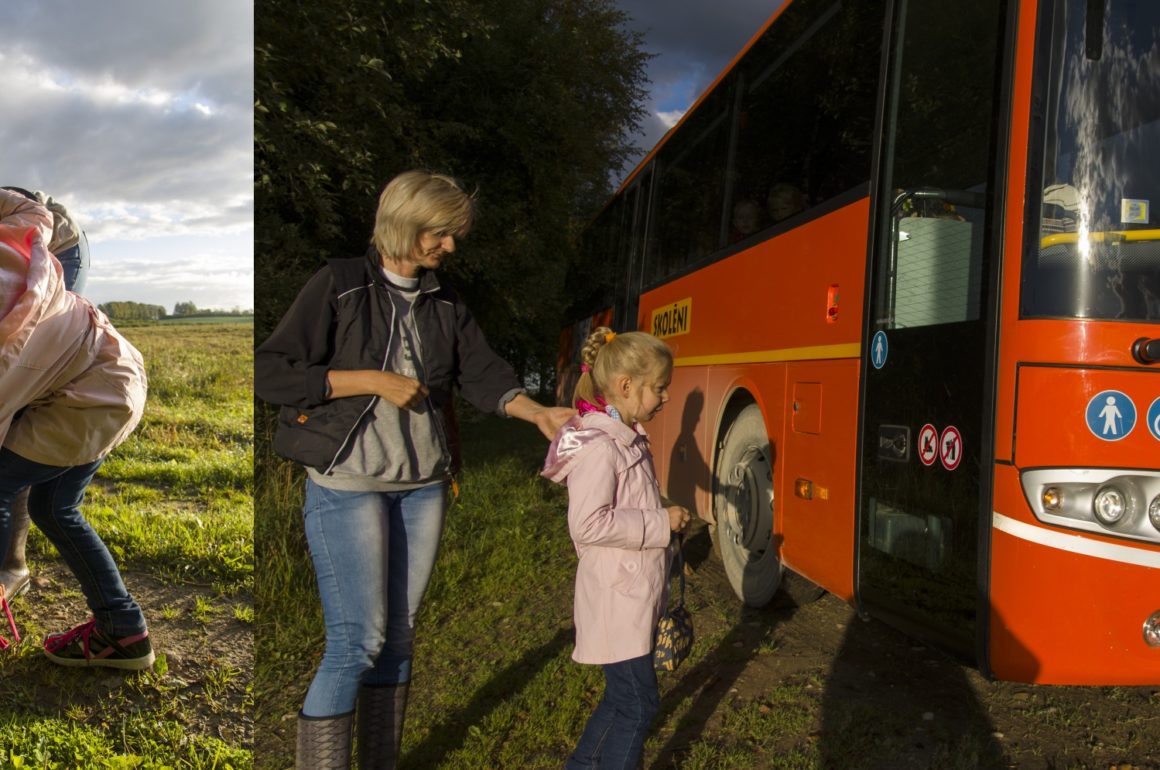 Dzintra Briede, a resident of the district of Bunka in western Latvia, accompanies her first-grade daughter Sabine to the school bus. To get there Sabine walks in her rubber boots as the road is in poor condition. Before getting on the bus, she changes into her school shoes. The boots remain at the side of the road, waiting for Sabine to return back from school. Photo: Kaspars Goba

What should be done to improve the lives of those with low-incomes and to reduce social inequality? Here are the main conclusions and expert’s recommendations.

1. Increase the non-taxable mininum, so that those with low incomes can keep more of what they earn

At 45 lats (64 euros) a month, the very low level of the non-taxable minimum in Latvia makes life harder for the poor. If the minimum were raised to 90 lats (128 euros), most taxpayers would save an additional 11 lats (16 euros) a month – a big help to a poor person. The tax-free minimum in Estonia at 144 euros (101 lats) a month is more than twice as high as in Latvia. Even so, the OECD, in its latest report on Estonia, recommends increasing the mininum further rather than reducing incoming taxes. Lithuania has a sliding scale where the minimum for the lowest earning is also about twice as large as Latvia‘s. The Latvian government is not presently planning to raise the non-taxable minimum. Next summer it will raise the non-taxable minimum for those with dependants from 70 (100 euros) to 80 lats (114 euros).

High employment taxes mean that creating new jobs is very costly. In Latvia the tax wedge (the portion of all taxes including social contributions as a percentage of total wage costs) is 43%, close to the EU average but significantly higher than other new member states in the EU, including the other Baltic states. The government has decided to reduce the income tax rate from 25% to 20% over the next three years, and thus employment taxes will fall, though most of the benefit will go to middle- and high- income earners rather than to those on lower incomes.

3. Gather more from direct taxes such as those on property and luxury goods

During the crisis, international lenders recommended distributing the tax burden by increasing taxes on expensive properties. Unlike most European countries, Latvia had no tax on residences. The lenders recommended increasing the property tax rate to 1,5%. Formally the government adopted this suggestion, but set a range of 0,2 to 1,5%. Experts doubt the effectiveness of this tax, because the rates in each case are set by the municipalites. A World Bank study showed that municipalities do not always grant the discounted rates correctly to the right groups.

4. When people move from welfare to work, gradually reduce benefits as incomes rise

The tax and welfare systems do not encourage people on welfare to work. For a worker leaving social assistance in Latvia to work at minimum wage, the additional taxes and lost welfare payments amount to 90% of the gross wage. Such a worker gains little by joining the work force. The Latvian percentage is the second worst in the European Union, where on average the losses consume 77% of the gains, but in Lithuania 70%, Estonia 63%, and Slovakia 40%.  Social benefits could also be allocated more effectively; only 1,6 % of all social assistance is mean’s tested in Latvia, while the EU average is more than twice as high.

At present municipalities set separately the amount and organization of welfare payments. These payments therefore vary greatly according to the revenues of the municapilities.  In poorer regions welfare payments are neglible. The World Bank‘s research shows that municipalities paid out most of the housing benefits to wealthier families, with the state supervisory authority being too passive to change the system. Against the recommendations of the World Bank, the government has decided that from next year all social benefits will be paid by the munipalities from their own pockets. During the crisis the state jointly financed the guaranteed minimum income (GMI) program and the housing benefits.

The universal state family benefit at eight lats (11 euro) per child consumes 36% of the total annual social benefit budget, which is already one of the smallest in the EU. The World Bank has expressed amazement that Latvia grants this benefit to all families, independent of income and the already generous parental benefits to higher income families. The World Bank recommended reallocating these eight lat payments to give more to poorer families. Limiting this benefit to the 40% of lowest income households would allow the government to save 17,3 million lats a year. Instead the government refused to introduce these reforms and allocated an additional eleven million lats to the program.